While reviewing a new online pokie such as Pharaohs and Aliens, we take into consideration many things. Mainly we take note that the pokie has 10 paylines along with 5 reels. This ancient Egyptian set online pokie shows off its depth with Cleopatra, alien, statue, Anubis, and crook and flail, and then Pharaohs and Aliens drives it through with playing cards ace, king, queen, jack, ten and nine putting you in the game. Deciding on a single spin bet size for Pharaohs and Aliens is adjustable, starting with a small bet of $0.01 up to a full bet of $50, this allows you to play at your comfort amount. The wild pharaoh icon will substitutes for the values of everything except for the Pyramid symbol, maximizing your ability of a wining play. Multiple pyramid symbols can reward you a great pay as well. As with many other games having more than two scatter symbols usually starts a bonus feature. Other Pokies from BeeFee software including Cold As Ice, Book of Ming and The Best New York Food have the same pokie setup.

Our Pharaohs and Aliens Opinion

We really enjoyed reviewing Pharaohs and Aliens, the ancient Egyptian designed pokie offers some good amount of work that sets you into that state of mind with the Cleopatra, alien, statue, Anubis, and crook and flail icons and sounds. This is a game that continues to keep me entertained for a long time as I was playing.

The Pharaohs and Aliens bonus games

While playing Pharaohs and Aliens offers a fun ability to win large sums of cash, this is accomplished by scoring a pokie bonus game win! On our pokie write ups I like to end on the greatest items to look forward to like these great game bonuses. Get three or more scattered Pyramid symbols appearing anywhere on the reels awards 15 free games with 3x multiplier. This will trigger the Free Games bonus round. As with many feature games, the Pharaohs and Aliens bonuses offers a shot to get your funds on track. The ability that it is possible to win so much more than wager is the best part of bonus rounds. 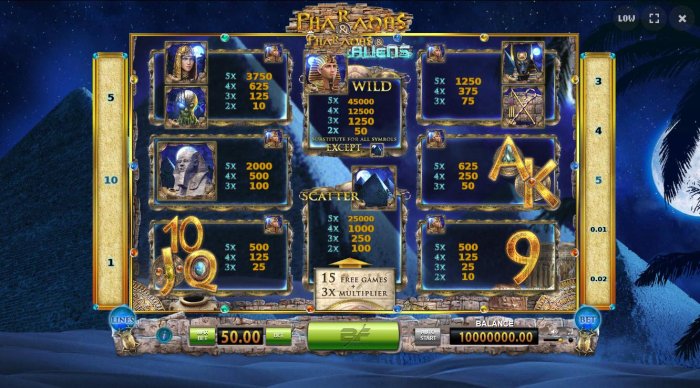 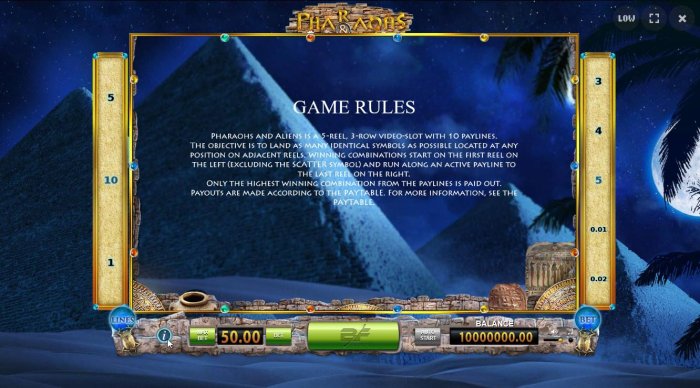 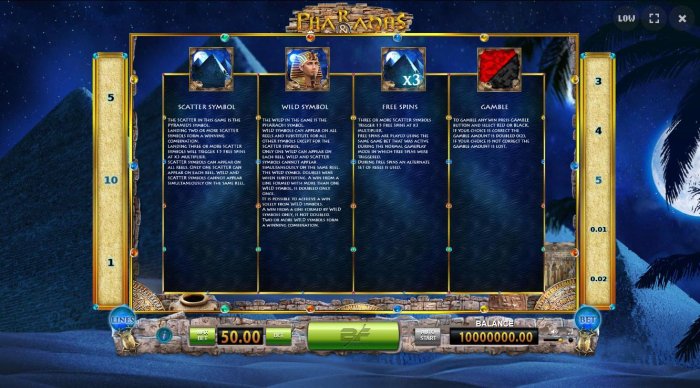 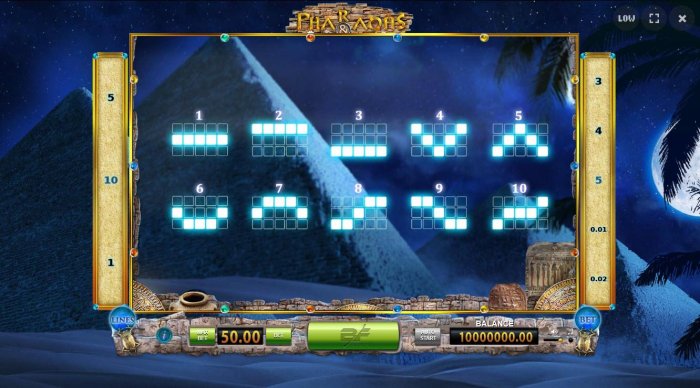 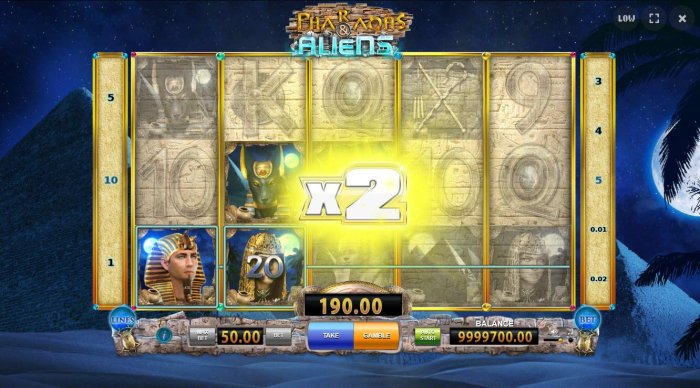 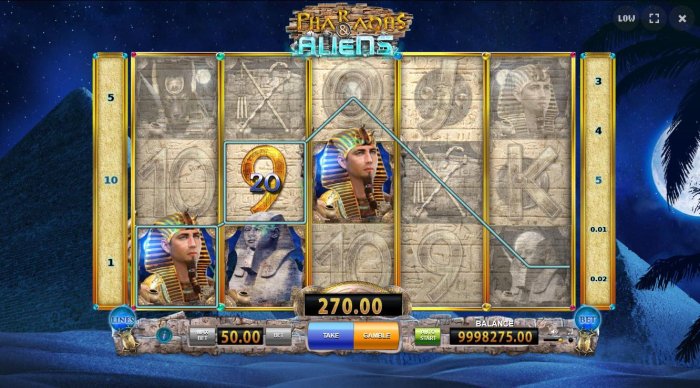 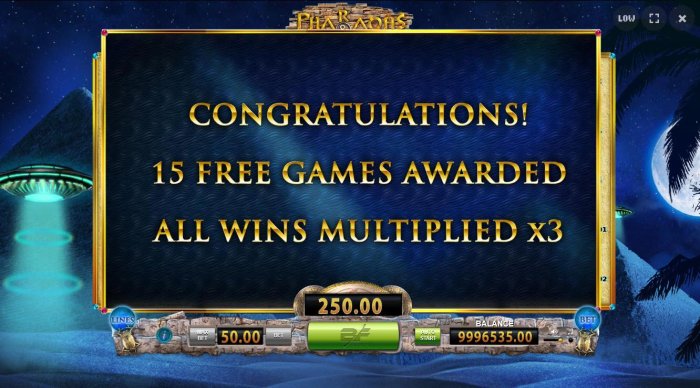 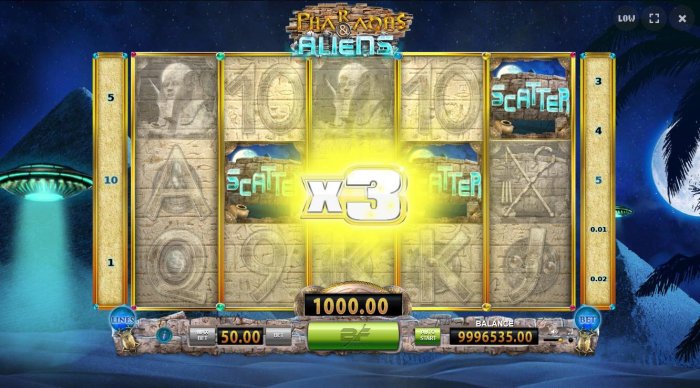 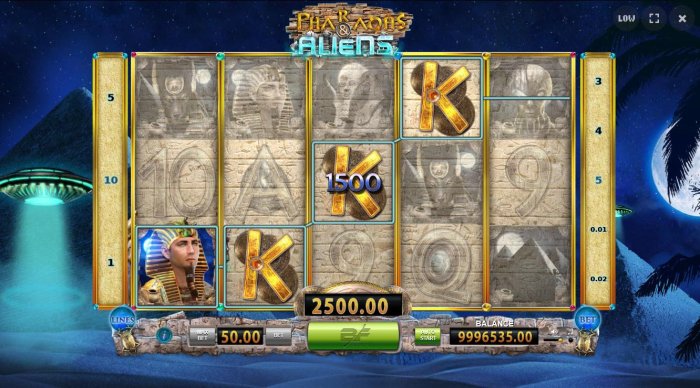 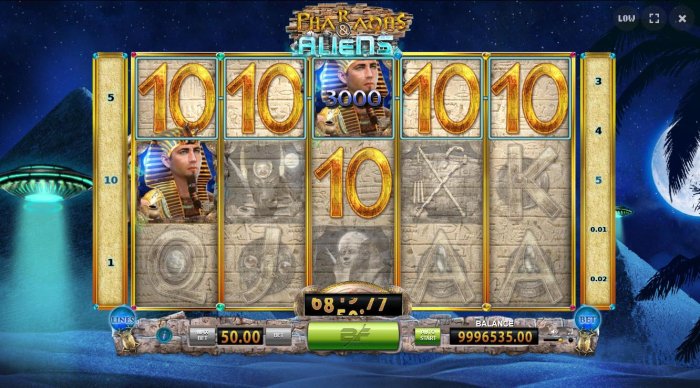 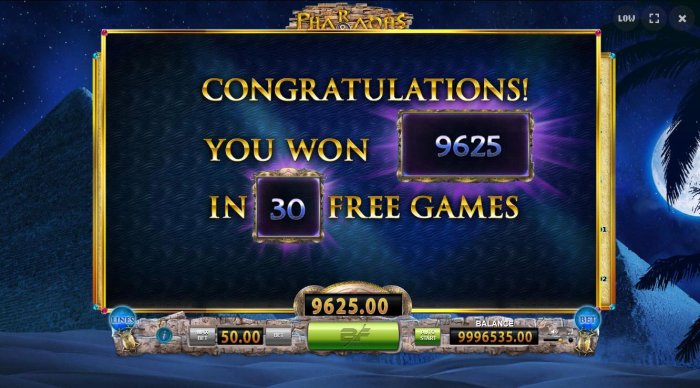