Emperor of the Sea Pokie Review

Emperor of the Sea review by Steve Igmar January 4, 2019

Emperor of the Sea pokie, an exciting 88 pay-line, 5 reel online pokie. Watching this Chinese Dragon Legend set pokie shows off its depth with dragon, pot of Gold, turtle, koi fish and Chinese junk (boat), and then Emperor of the Sea conveys more with playing cards ace, king, queen, jack, ten and nine wrapping up the complete feel. Betting on Emperor of the Sea is adjustable, starting with an initial small bet of $0.01 up to a max bet of $0.25, you will have a lot of options. Go ahead and use many Emperor of the Sea logo wild icons for a huge payout. Multiple scatters pokie icons of the yuanbao (boat shaped ingot) will land you a handsome payout as well. You will note that on many of Pokies having more than two scatter symbols usually starts a bonus round game. Other online Pokies from Microgaming software such as Holly Jolly Penguins, Magic Charms and The Rat Pack support similar online pokie play.

Overall Opinion On Emperor of the Sea

I really enjoyed adding Emperor of the Sea, the Chinese Dragon Legend based online pokie offers some good amount of work that sets you inside the game having The Dragon, pot of Gold, turtle, koi fish and Chinese junk (boat) art and graphics. Like other games there is a good chance of winning a large amount but withdraw your winnings before you lose them.

The Emperor of the Sea bonus round

While playing Emperor of the Sea offers a fun path to collect enormous amounts of cash, this is done by scoring a pokie bonus feature win. In my pokie reviews we like to wrap up with the greatest part to focus on such as these awesome pokie bonuses. To launch the Free Spins feature game, triggered by getting three or more scattered yuanbao symbols appearing anywhere on the screen, triggers 8 free games with Rolling Reels and Growing Wilds. If you enjoy big fat piles of credits, the Rolling Reels will not let you down. Simply get any winning combination during the Free Spins only for a great time. I will give Emperor of the Sea 4 of 5 stars for the bonuses. The opportunity to collect so much more than wager is what makes bonuses something to shoot for. 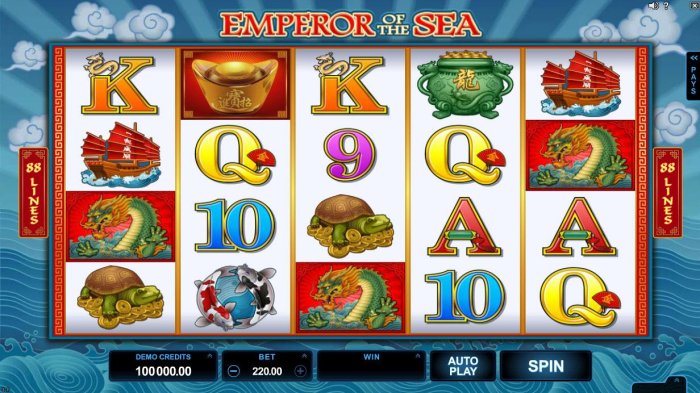 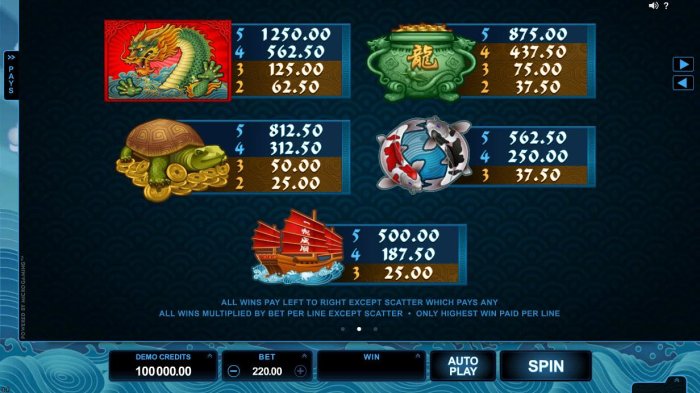 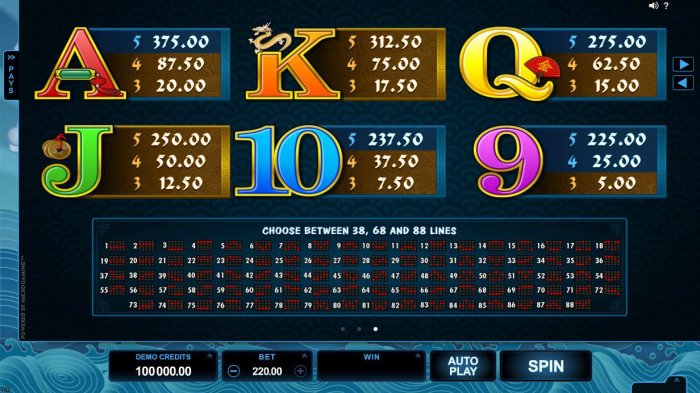 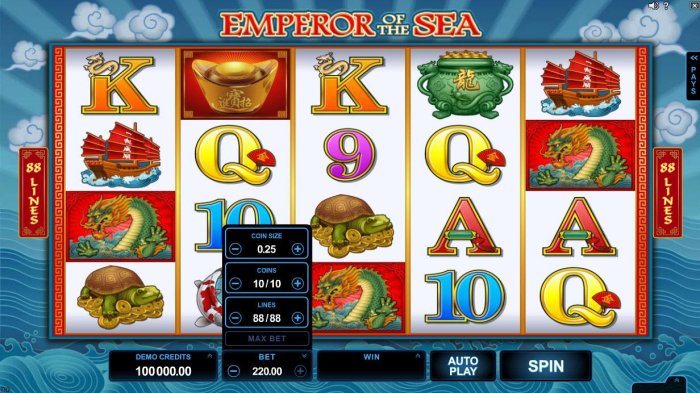 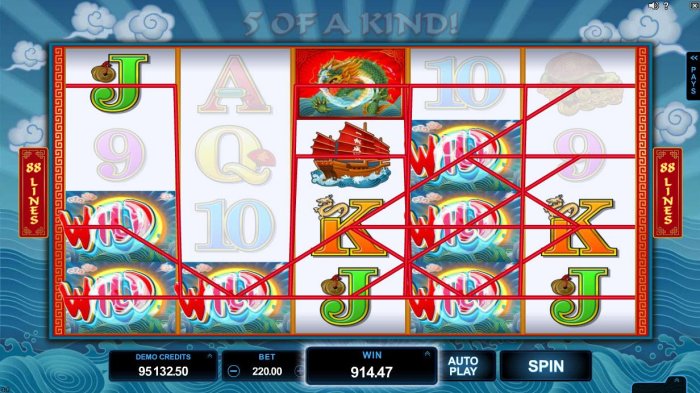 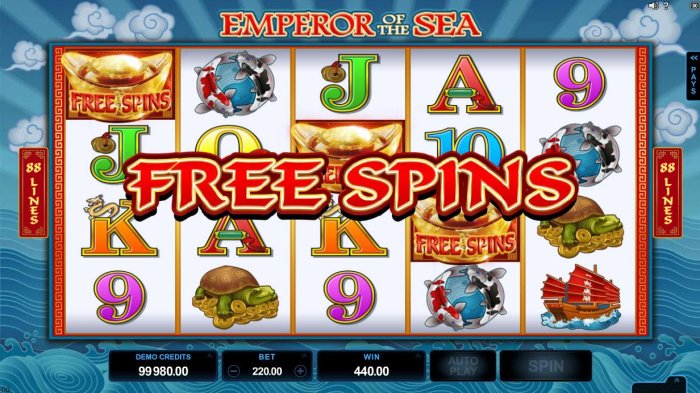 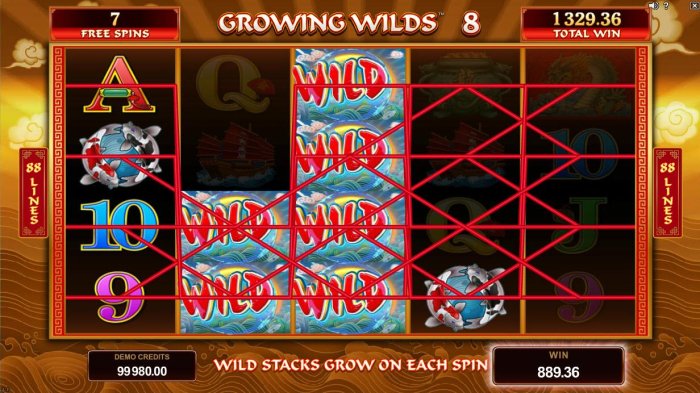 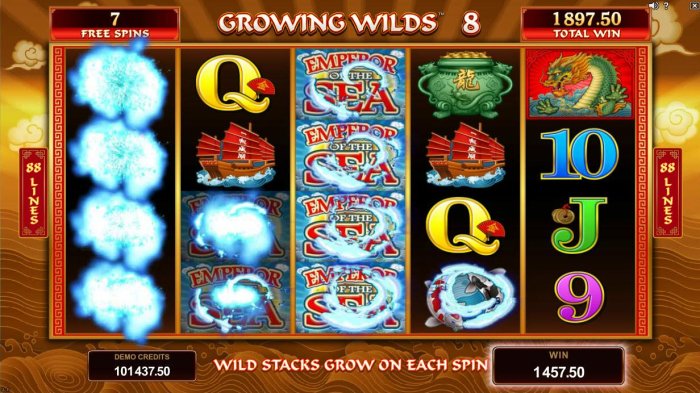 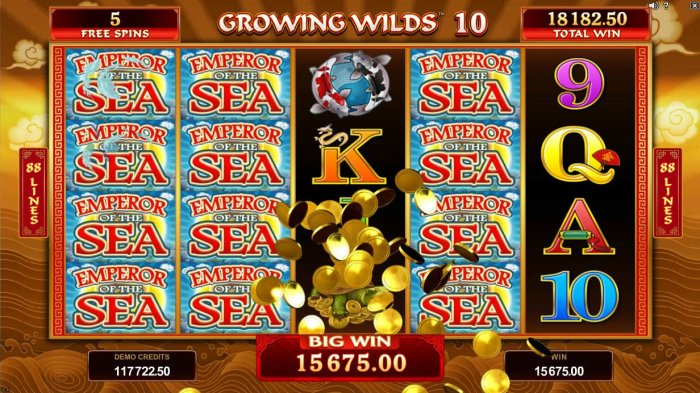 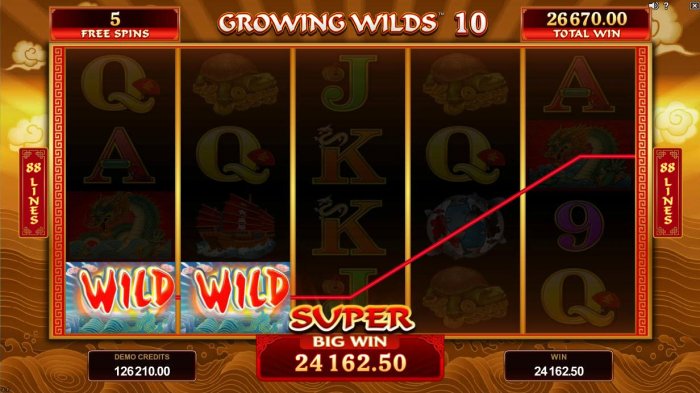 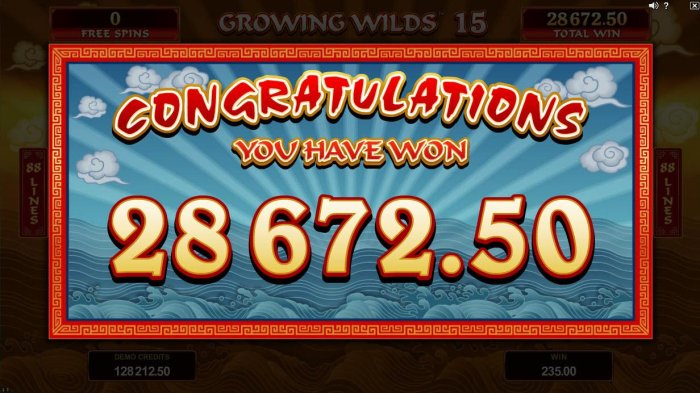 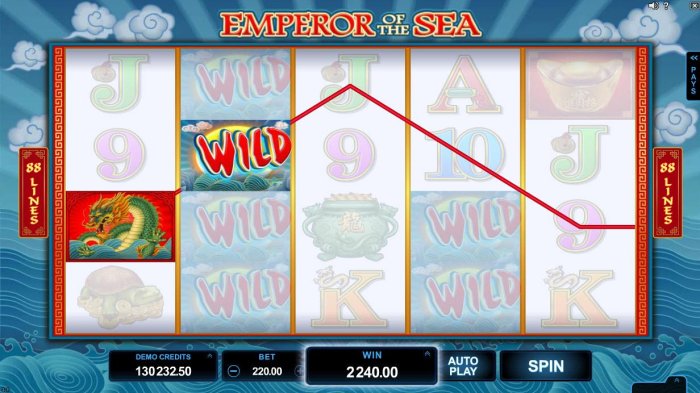