When we review a new pokie like Flight Zone, we must take into consideration there are many different items to write about. We show that there are 30 paylines as well as 5 reels. Playing this pilot set pokie displays its work in design with pilots and Airplanes, and then Flight Zone conveys more with helicopters putting you right in there. Starting to play Flight Zone you are given the ability of playing for a minumum of just $0.01 on a pokie spin. Additionally you can also use all 30 lines to wager a bet to the maximum of $60. An insane pay out will use multiple wild icons on Flight Zone in the final tally. The scatter icon on the Flight Zone the torpedo, these symbols pay out when you have them anywhere on the pokie. These special torpedo images can be literally scattered around the game screen to win. It usually is a bad thing when your starting reels don't match up but there is still a good an opening of winning a lot with a scatter grouping. I recommend other online Pokies like Sugar Parade as it has 30 lines like Flight Zone, similar pokies like Hot Air and Kung Fu Monkey are close as well. Many of Microgaming pokies like this one act similarly so play some other pokies as well.

Flight Zone is a lot of fun to play, the pilot theme was well thought out and the payout percentage seems decent. Other pokies like Alaxe in Zombieland share in much of the identical feel. This is one of those games that kept my interest for a while as I was playing it.

Playing Flight Zone offers a great ability to achieve really big amounts of money, this is achieved by scoring a pokie bonus round win! Here is info on the bonuses you are able to score. A Free Spins Bonus is begun by getting a scatter appearing on reels 1 and 5 at the same time, this exciting add on in my experience appears to produce not as much as other Pokies. The Mission Bonus is begun once you achieve a bonus appearing on reels 2, 3, and 4, this exciting add on appears to produce extremely good. I have to grant Flight Zone 4 out of 5 stars on the features. The ability to collect far beyond your wager is the best part of bonus features. 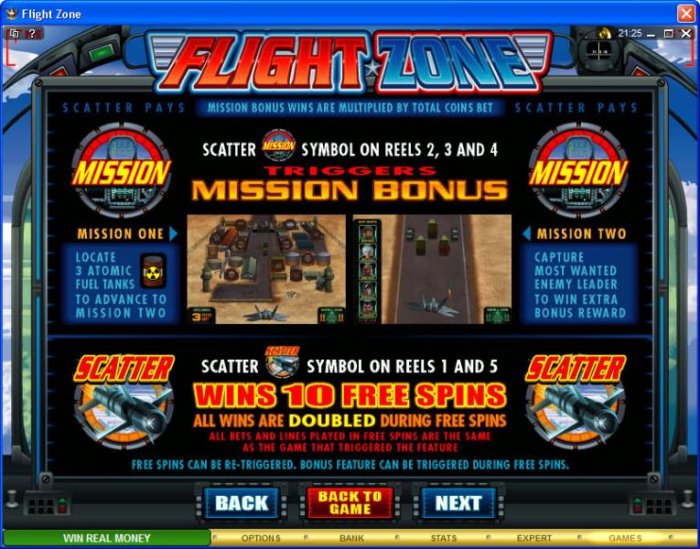 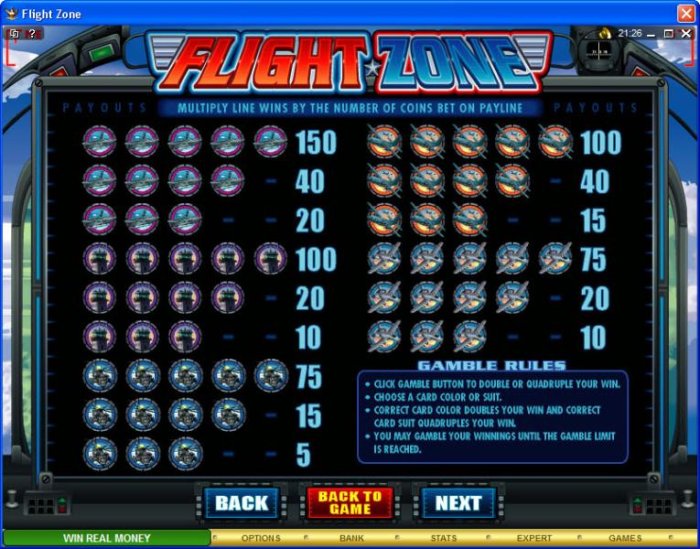 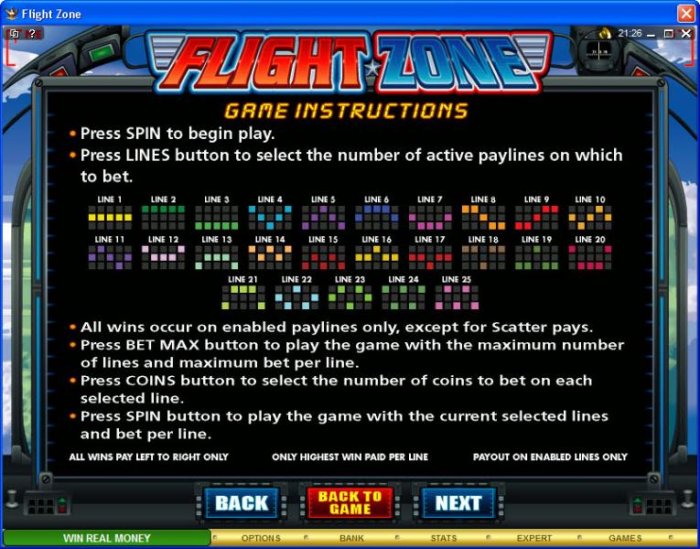 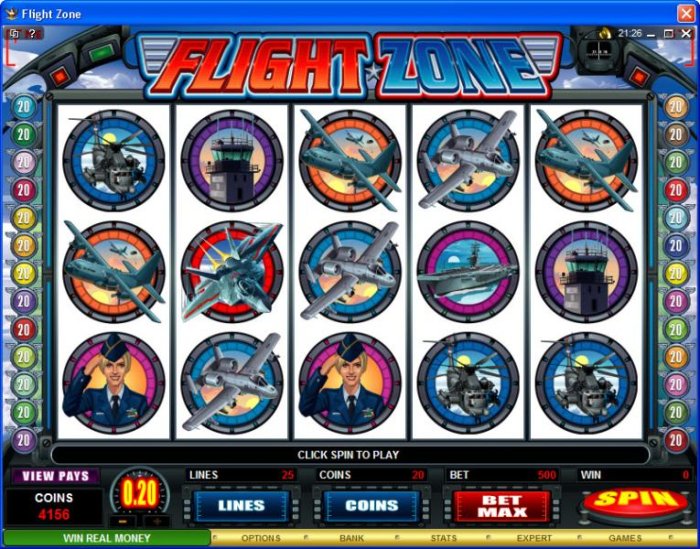 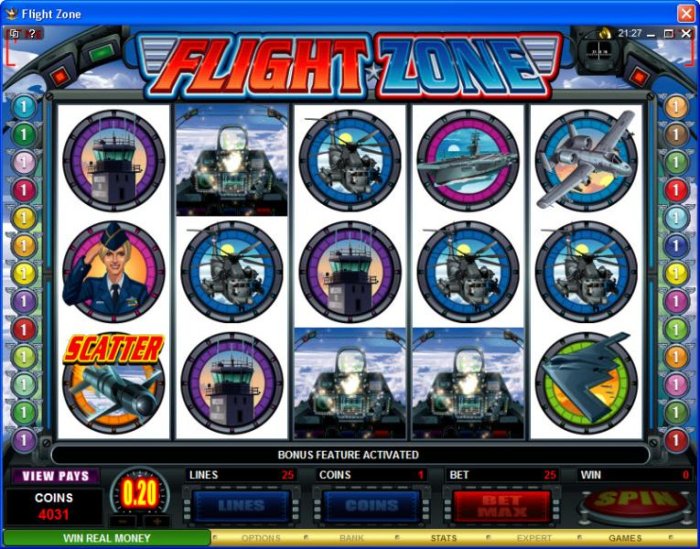 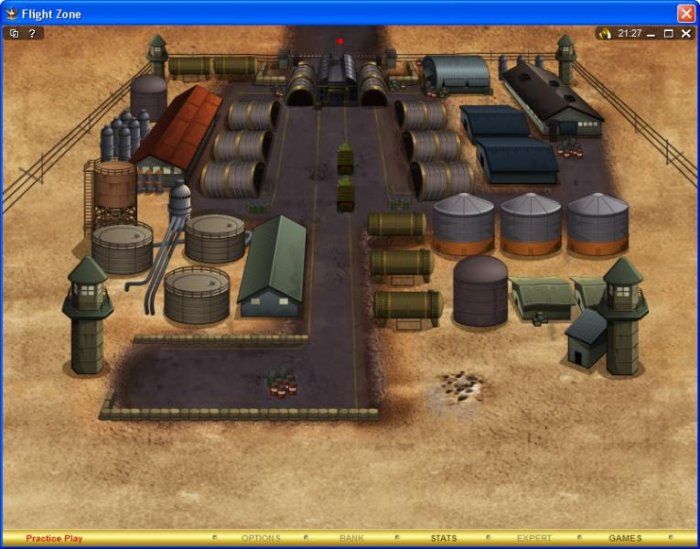 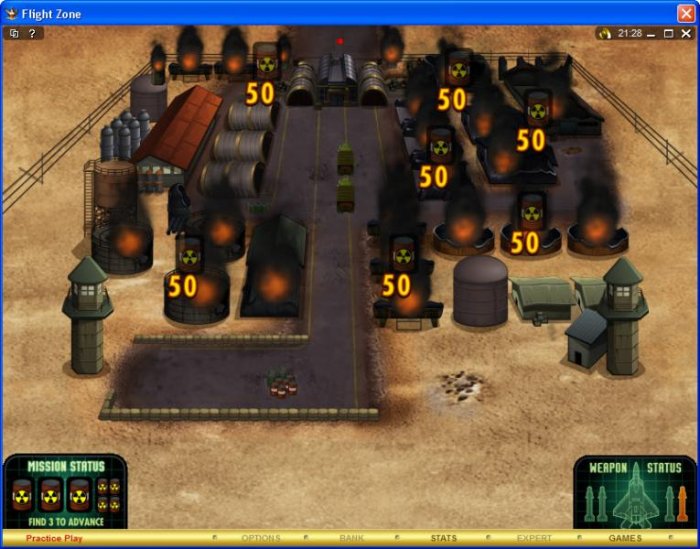 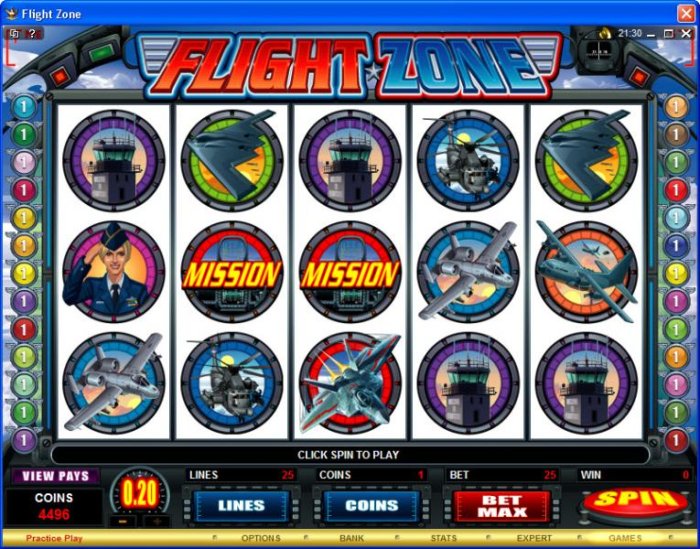 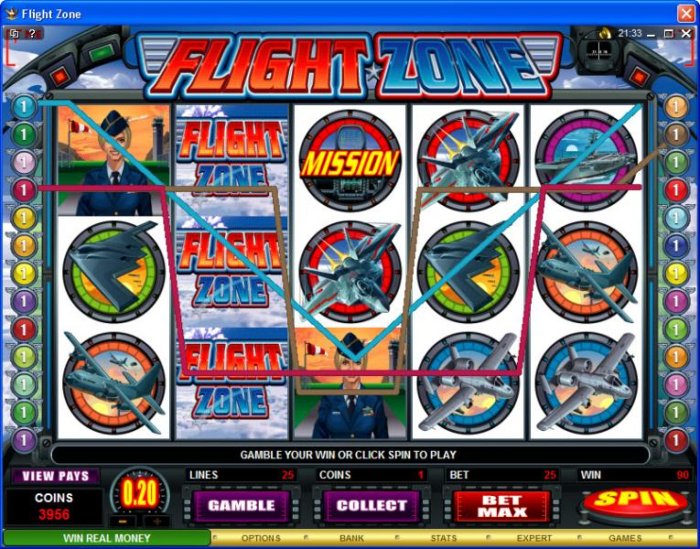 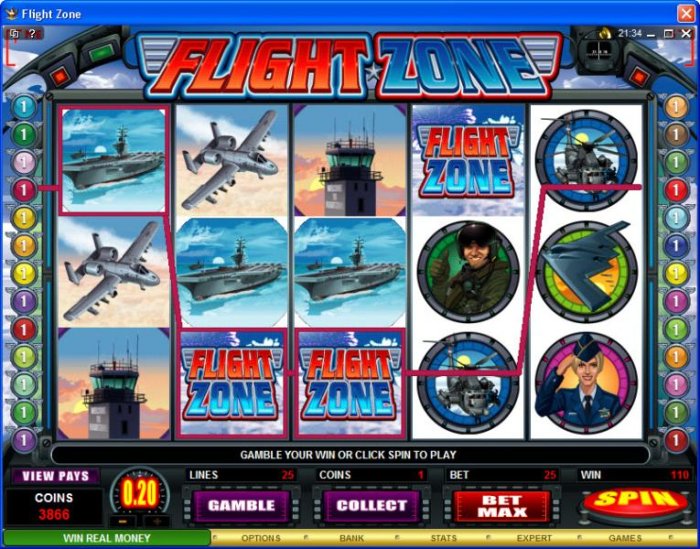 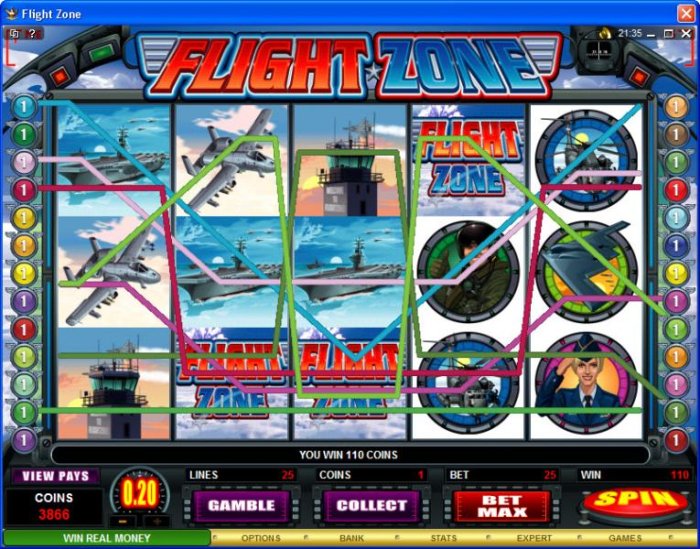 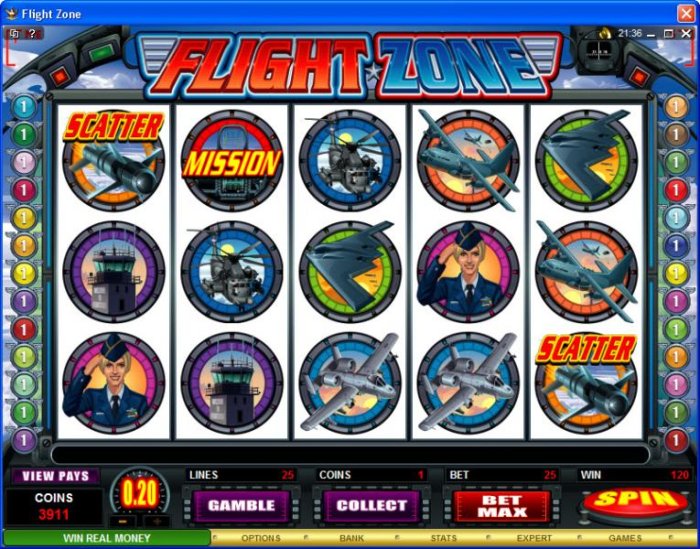