Arabian Nights pokie is a great 10 pay line, 5 game reel pokie. Pokie icons including letters and numbers neatly projects the main Arabian feel. Backed up by camels, tents, and swords we grade this Net Entertainment produced pokie 5 out of five for putting this together. Betting on Arabian Nights is adjustable, allowing an initial small bet of $0.50 all the way to $5, this permits you to play at your comfort amount. The wild man with a mustache symbol fortunately is used as the values of everything excluding the genie lamp symbol, maximizing your chances of wining on more than one lines. The scatter images used in Arabian Nights are special, these genie lamps are not required to appear on a single to win. When you know right off that your pay lines are failing to match there is always an ability of still winning with scatters. I suggest other online games like Vegas Party as it has the 5 reels and 10 lines as well, some others like Dallas and Wild Wild West The Great Train Heist are close as well. As a lot of Net Entertainment online games like Arabian Nights act similarly so play some others as well.

Along with many 5 reel Pokies, the Arabian Nights Pokie is a cool game to play. The Net Entertainment developers went over the top to make this game an exciting time. Using images such as camels, tents, and swords you can easily find yourself into the Arabian experience. all pokies offer a great chance of winning big but in the end all pokies lean towards casino.

The Arabian Nights bonus round 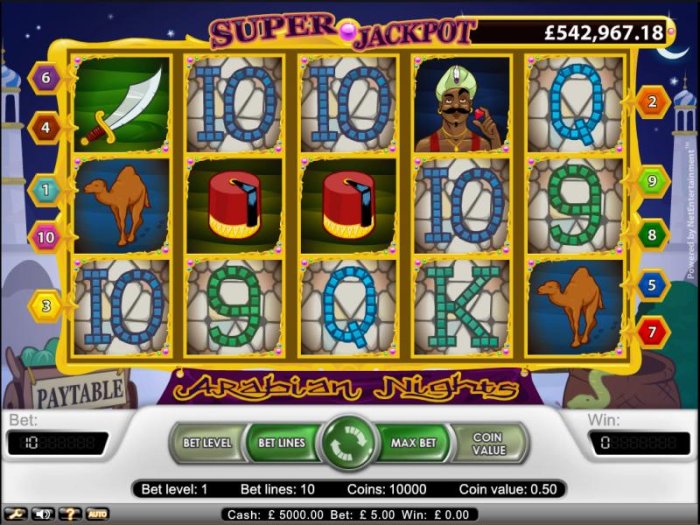 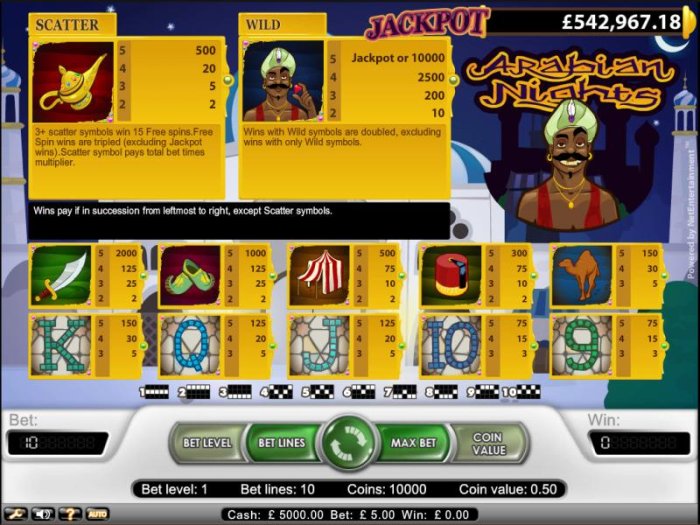 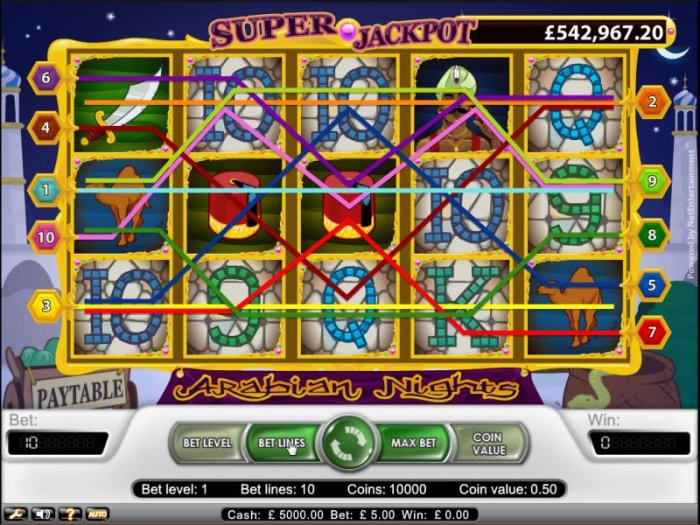 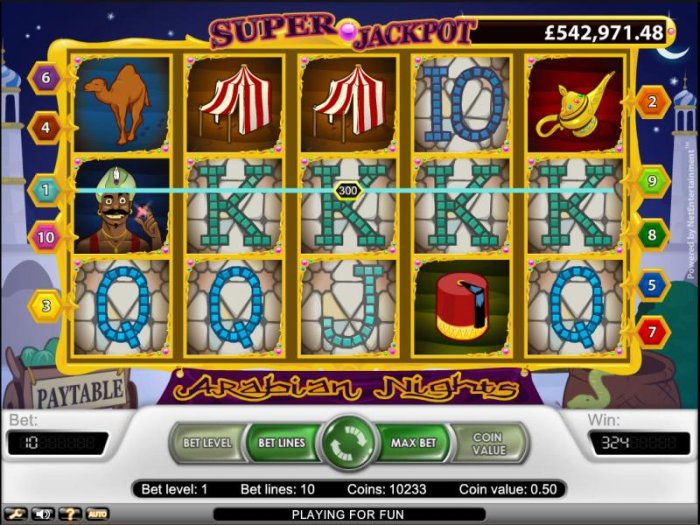