When reviewing a pokie such as Kingdom of Legends, we have to consider many things. Mainly we show that the pokie has 1 pay-lines in conjunction with 15 s. Playing this well designed medieval kingdom themed online pokie delivers a ton of play by incorporating icons such as . Additionally there are also that add the feeling of this nicely done medieval kingdom pokie. Starting to play Kingdom of Legends you have the option of playing for as little as $0.10 on a spin. Going further you also can use all 1 lines to up a bet as big as $50. More than one crown, king, queen, Treasure Chest, bag of gems, A, K, Q, J and 10 icons will land a generous win. Its bad when at the start of your spin when your first two reels don't match up but there is always an opening of still winning with scatters. Pokies such as Ultra Fruits, Kingdom of Legends and Spinning Fruits are based on the same pokie design.

My Kingdom of Legends Opinion

Like some other 15 reel online pokies, the Kingdom of Legends pokie is an interesting game to play. The Novomatic developers worked a lot of hours to make a game this impressionable pokie to review. With icons like you can easily place yourself in the medieval kingdom world. To wrap the review we think Kingdom of Legends is a good game featuring hardy wins and graphics.

Exciting bonus round review in Kingdom of Legends

Playing Kingdom of Legends offers a powerful path to achieve enormous pile of money, to do this get a pokie bonus feature win! Following is the information on the extras you can get. By getting three or more crown scatter symbols appearing on the screen the bonus round launches. This Free Games pays out very well overall. When you get filling the reels with 15x any symbol the special bonus begins. This Progressive Jackpot is an awesome way to collect a large payout. Remember that like many bonuses, the Kingdom of Legends bonuses offers you a chance to get your cash on track. Bonus games add a lot of enjoyment to Pokies, this is obviously the most exciting piece of Kingdom of Legends. 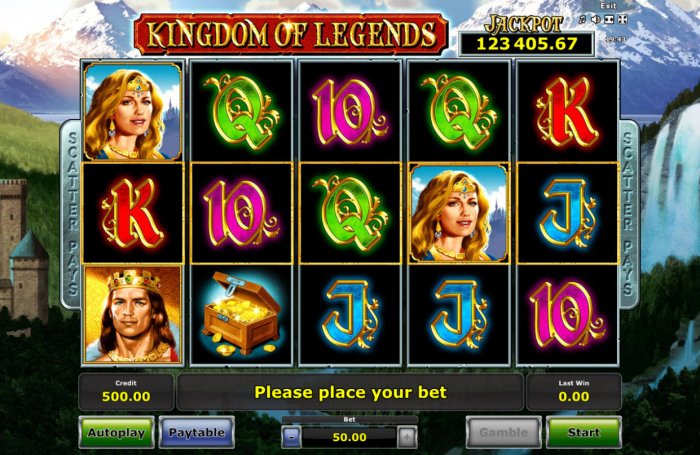 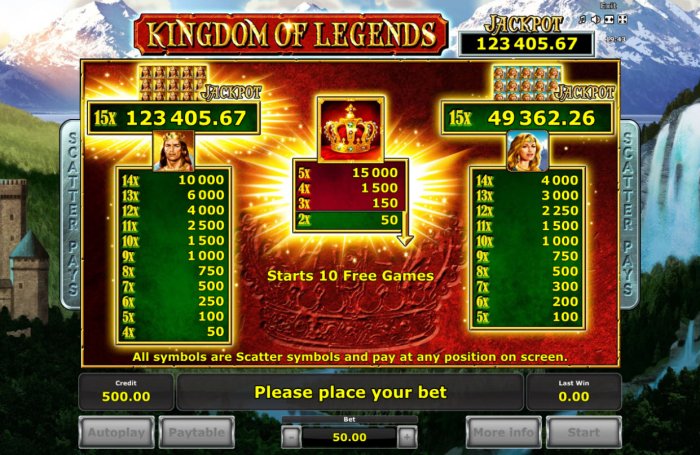 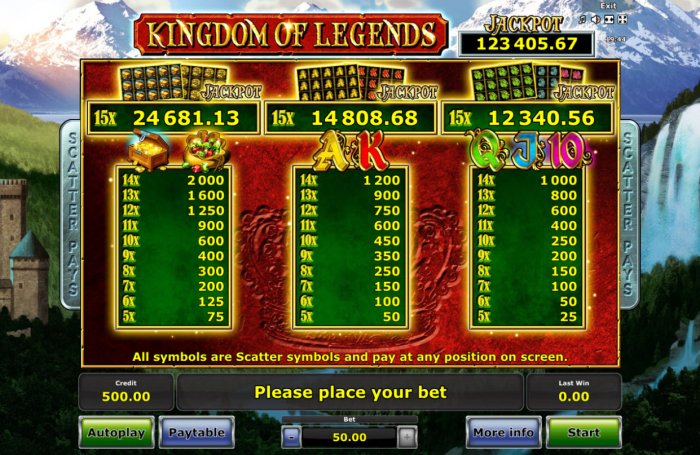 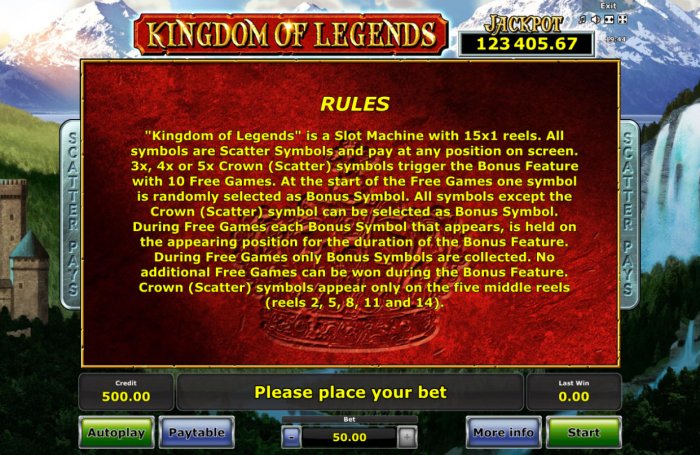 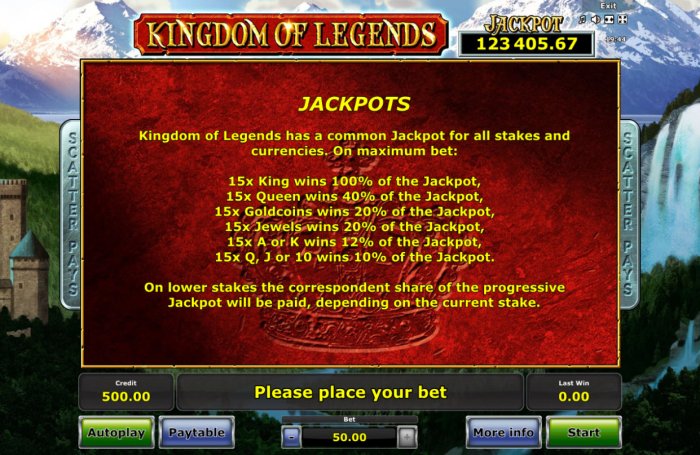 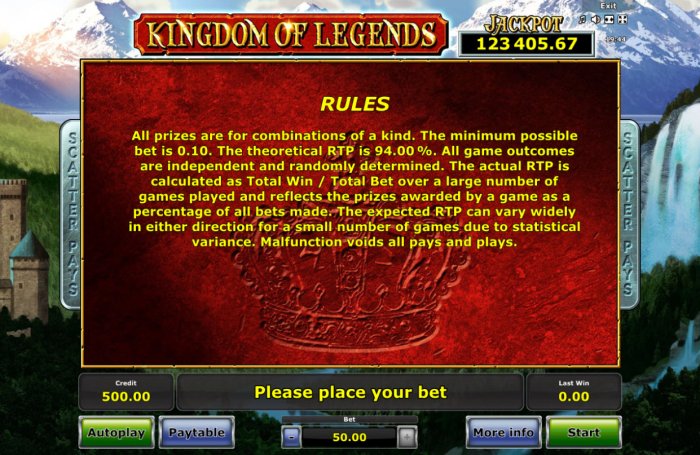 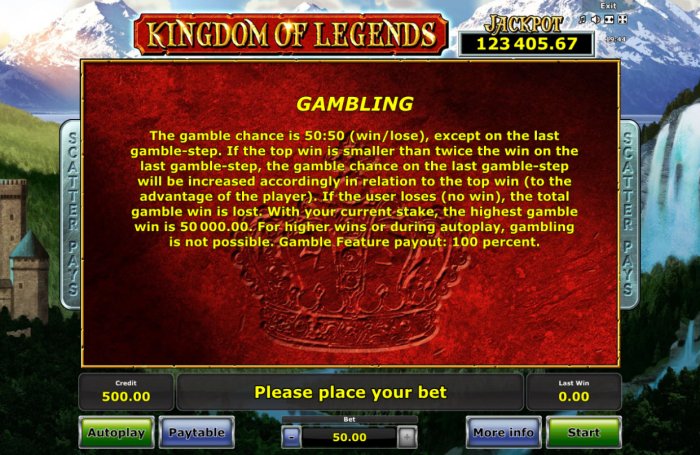 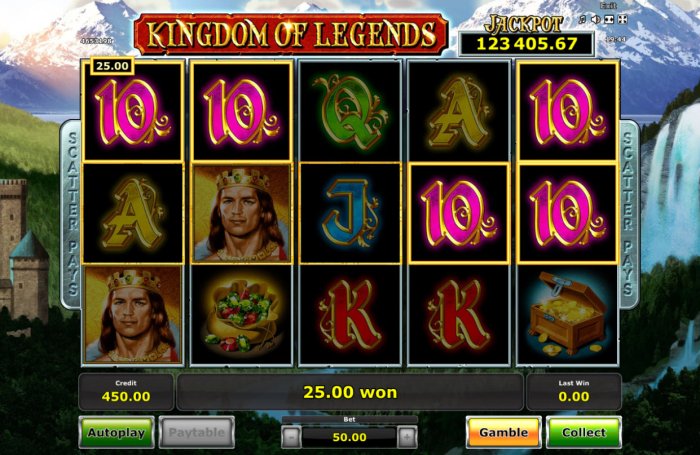 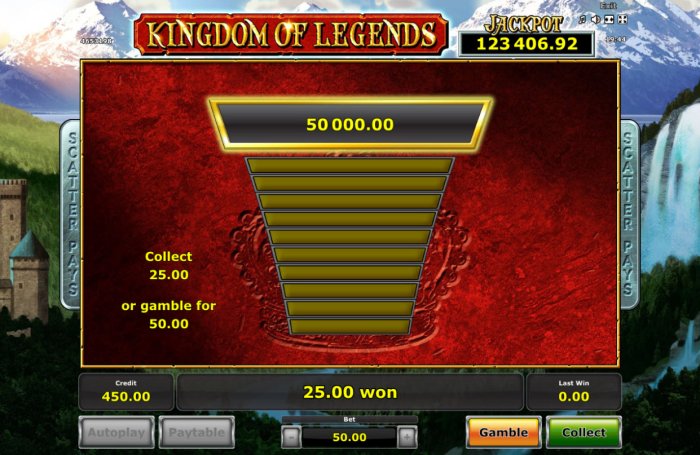