Caesar's Treasure online pokie is a wonderful 243 payline, 5 reel pokie. Game symbols such as Cleopatra, legionnaire, treasure chest and a bowl of Fruit completely brings out the overall Roman emperor feel. Using playing cards ace, king, queen, jack, ten and nine we rate this NuWorks designed game 4 out of five for putting this together. With single spin coin values of $0.25 all the way up to $125.00, you can be sure to locate your best teir while playing Caesar's Treasure. The wild symbols of a Gold Caesar coin can is used as the values of all symbols excluding the shield, adding to your chances of a wining play. Scatter symbols utilized in Caesar's Treasure are not ordinary ones, these shields are not required to be located on the same payline to win. Along with a lot of other games three or more scatter symbols usually starts a bonus round game. I point to other Pokies like Cinco de Mayo as it has 243 lines also, some others including Judo Ferret and Red Raiding Hood are close also. As a lot of NuWorks online pokies like this type play similarly so play some other Pokies as well.

I really loved playing Caesar's Treasure, the Roman emperor based game offers some good amount of production that gets you into that grove having the Cleopatra, legionnaire, treasure chest and a bowl of Fruit icons and sounds. To wrap it up we say that Caesar's Treasure was an entertaining game including ok wins and entertaining sounds.

While playing Caesar's Treasure, you can do well with wins, this is achieved by scoring a pokie bonus game win. Here is info on the extras you can win. Get three or more left to right shield scatter symbols awards 6 free games with all prizes tripled during free games. This will trigger the Free Games feature game. To win the Progressive Jackpot bonus round, triggered by getting randomly, one or more jackpots can be won at the conclusion of any game. As with all bonus rounds, the Caesar's Treasure bonuses offers you a shot to get your cash on the positive. The chance to collect way more than bet is the best part of bonus games. 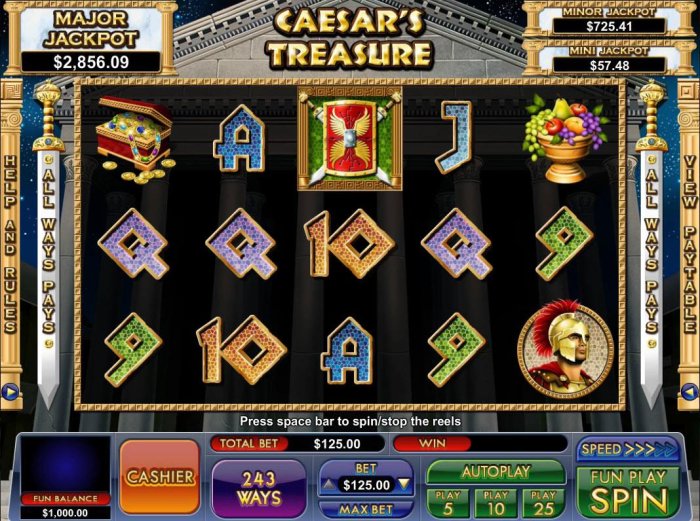 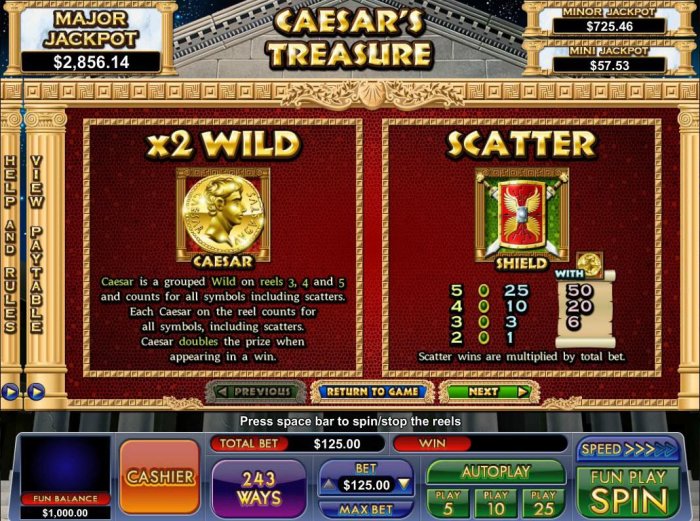 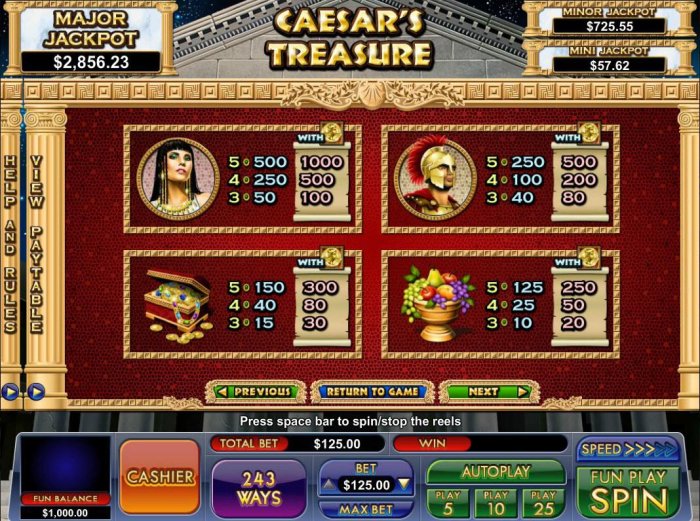 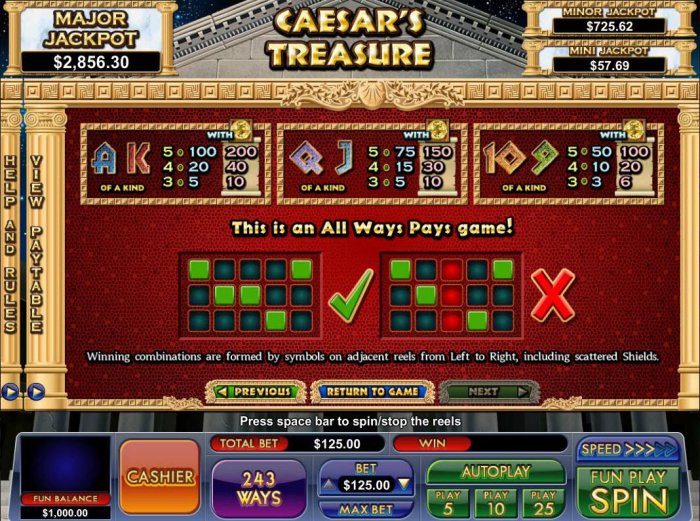 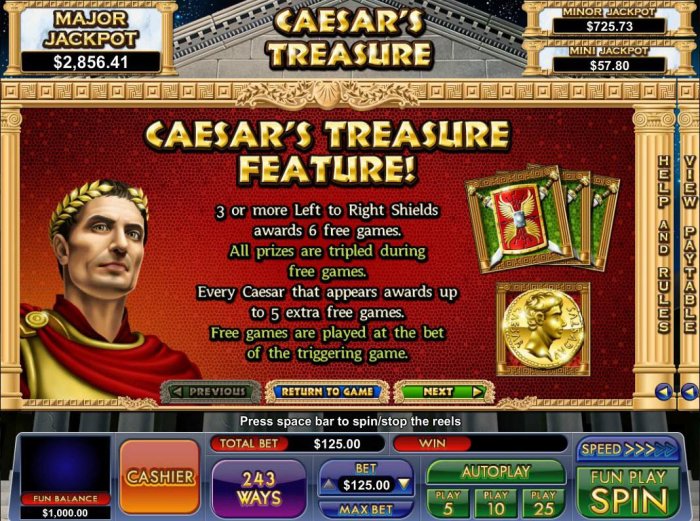 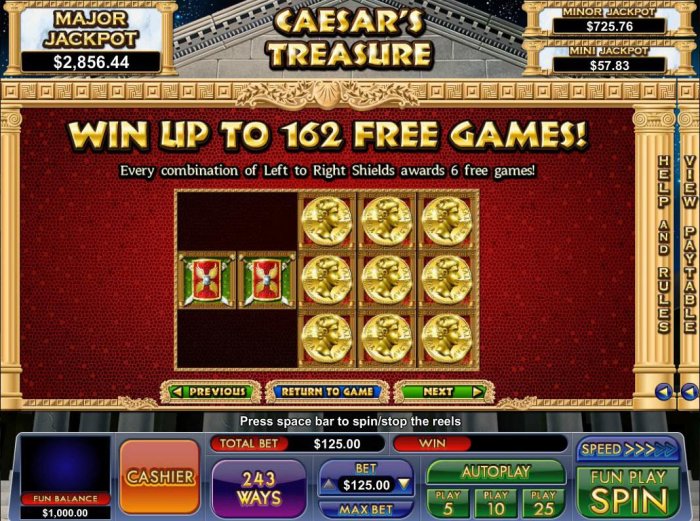 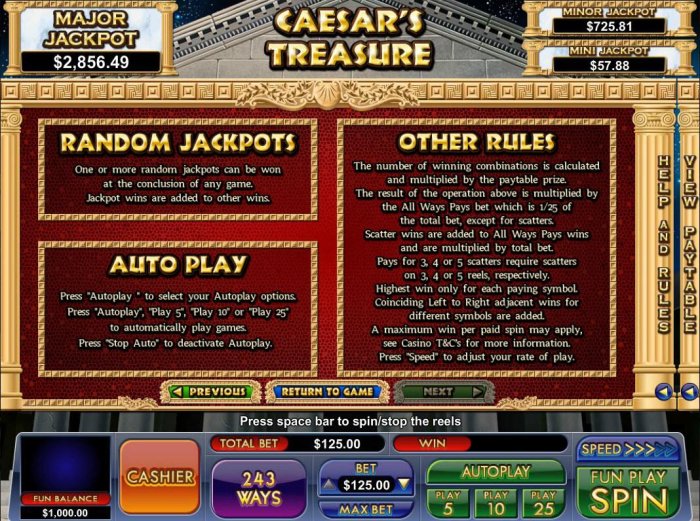 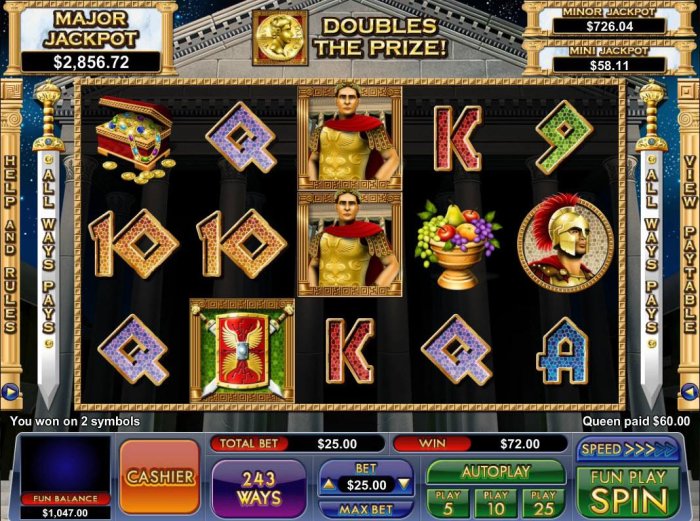 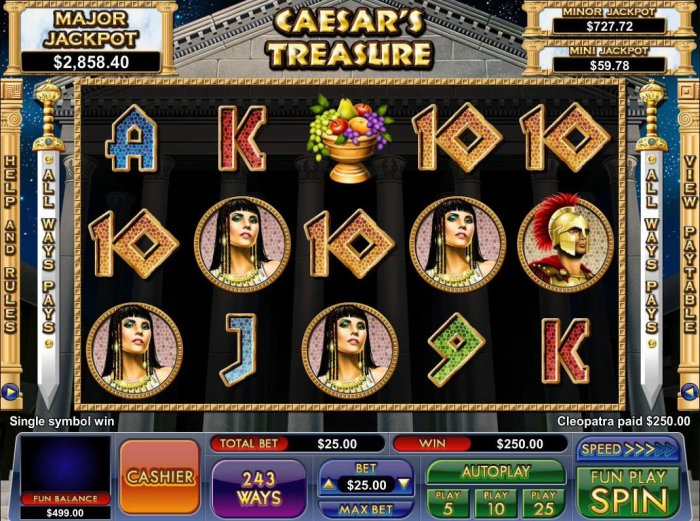 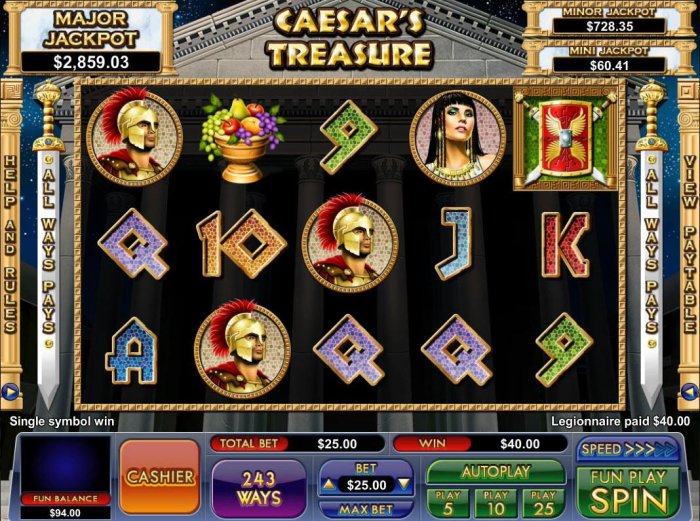