When we review a new pokie such as Marioni Show, we take into consideration many things. We take note that there are 10 pay lines in conjunction with 5 reels. To my enjoyment this medieval jester theme pokie brings lots of enjoyment by displaying graphics such as light knight, dark knight, dragon, princess, Wizard and faun. Additionally you will see playing cards ace, king and queen that delivers the final touch of this simple but good medieval jester pokie. Consisting of bets of $0.02 to the maximum of $50, this Playson produced pokie offers lots of options. Try to have a few joker wild and joker Extra Wild wild symbols for a huge score. Notice the scatter icon used in Marioni Show are a castle scatter, these scatter pay out if there are more than one anywhere. The unique images can be literally scattered around the game screen to win. It always sucks when your first two reels fail to line up but there is still a good a chance of winning a lot with the scatter grouping. I suggest other online Pokies like Down the Pub as it has the 5 reels and 10 lines also, similar pokies like Gold Rush and Space Corsairs are enjoyable as well. As a lot of Playson pokies like this one play similarly so play some other pokies as well.

Marioni Show is a lot of fun to play, the medieval jester theme along with the light knight, dark knight, dragon, princess, Wizard and faun was well thought out and the pokie play is smooth. Some other online pokies like Fireworks Master share in much of the identical feel. This is one of those games that kept me excited for a long time as I was playing it.

The feature section of Marioni Show is very good. On All Online Pokies pokie write ups we like to leave you on the greatest parts to focus on like these great bonuses. By getting any winning combination, croupier deals 3 cards with a random chance to win up to x10 multiplier the bonus round starts. This Croupier Feature pays out very well overall. If you like huge pay outs, the Bonus Game will not let you down. Simply get a light knight and dark knight appearing face to face on the reels, each knight has its own super prize of either a 15x multiplier or 15 Free Spins to launch. Get three castle scatter symbols appearing during the main game, awards 10 free spins random prize multiplier of up to x7. This will start the Free Spins feature game. I have to award Marioni Show 4 of 5 stars on the feature games. The chance that it is possible to collect far beyond your wager is a great part of bonus games. 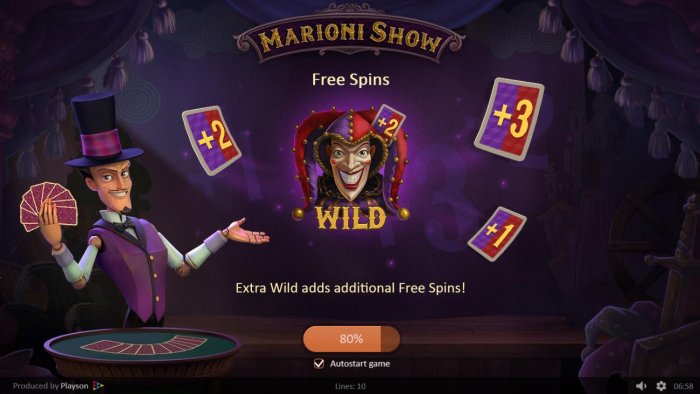 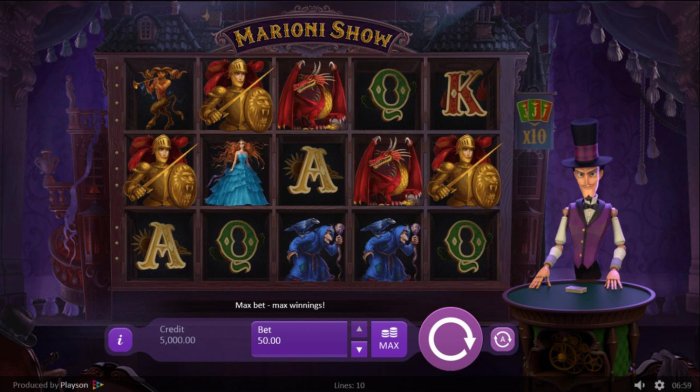 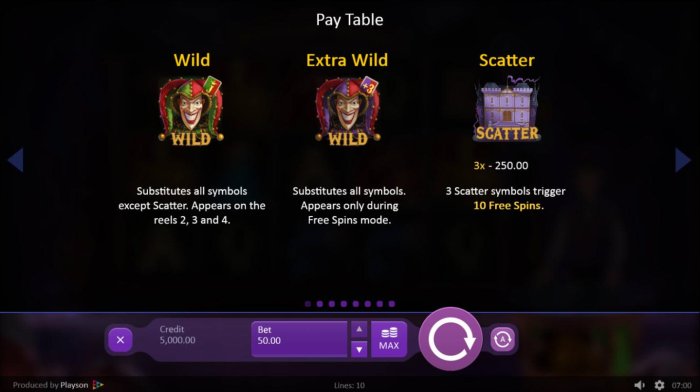 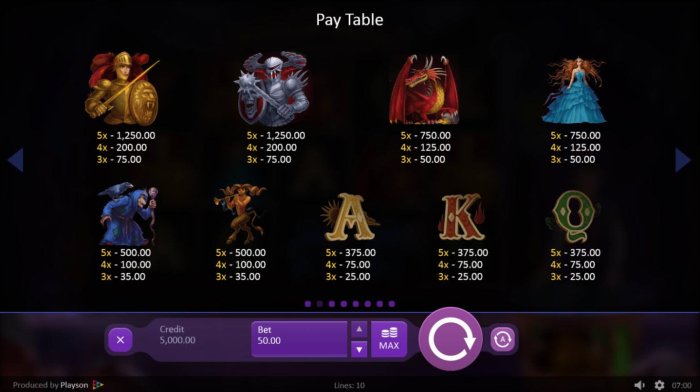 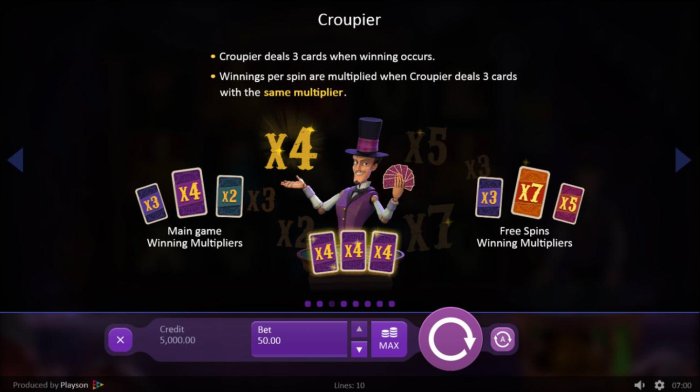 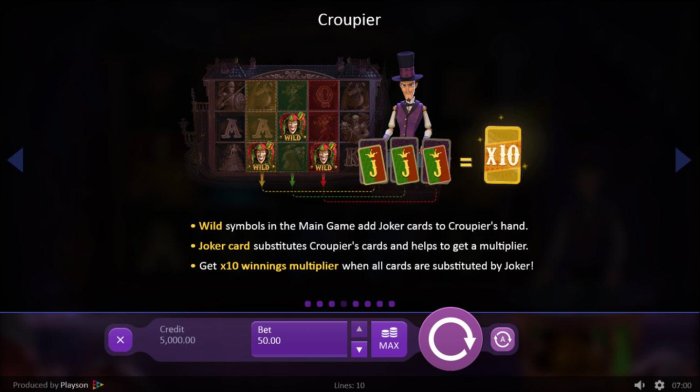 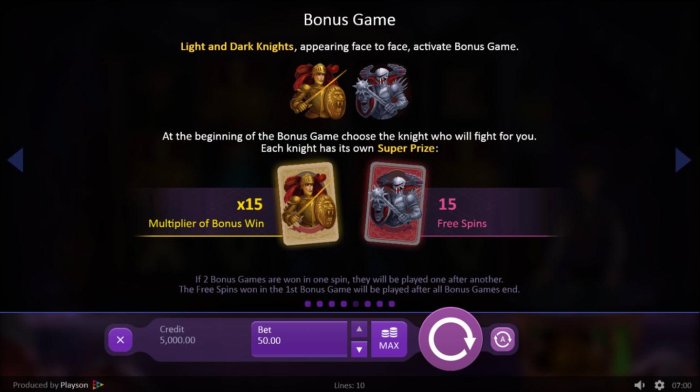 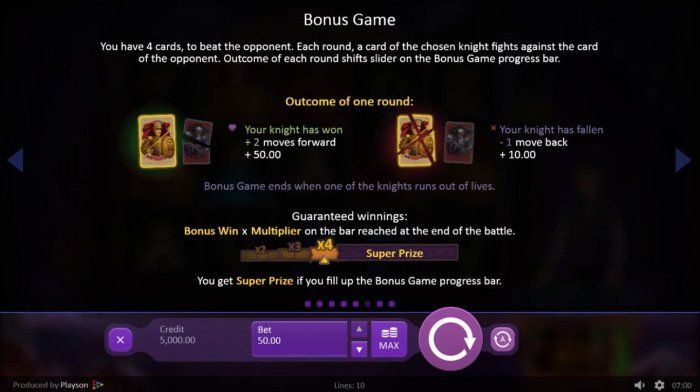 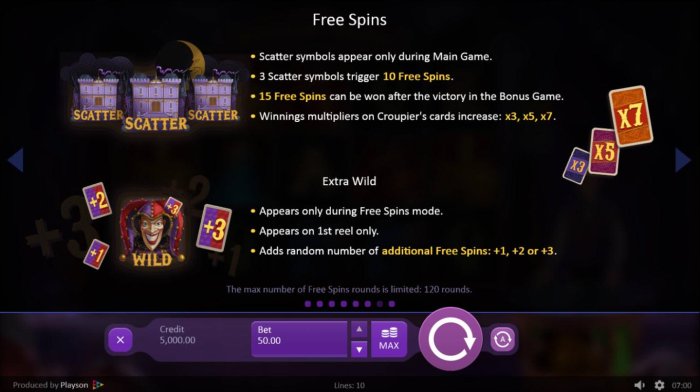 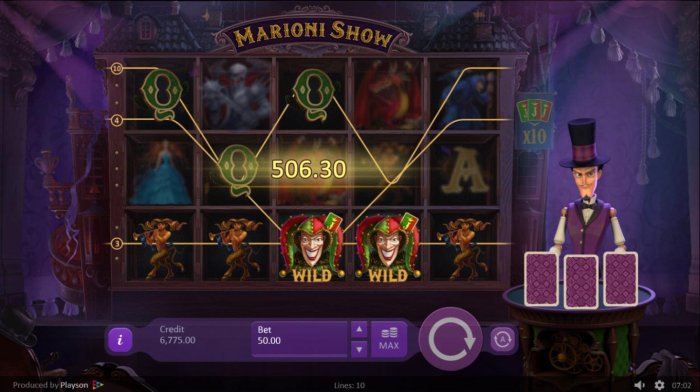 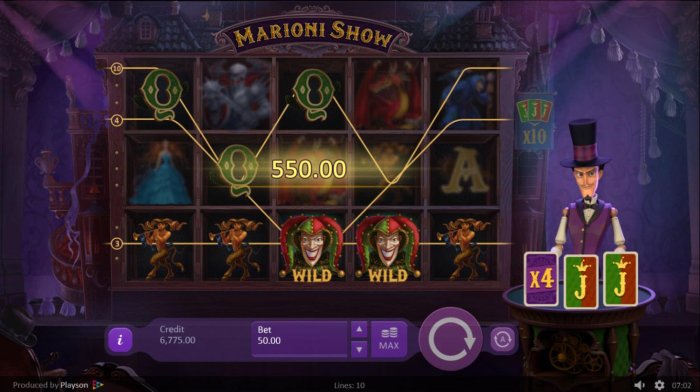 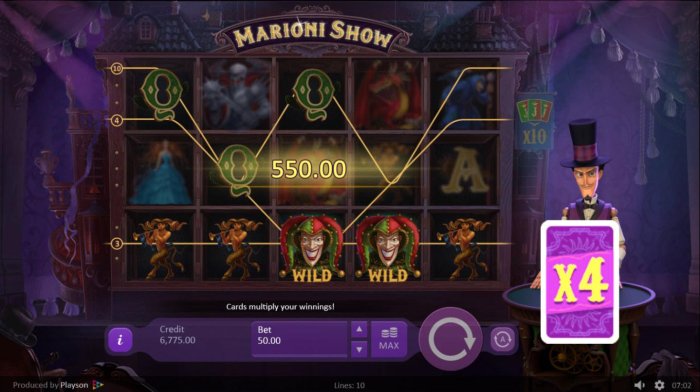 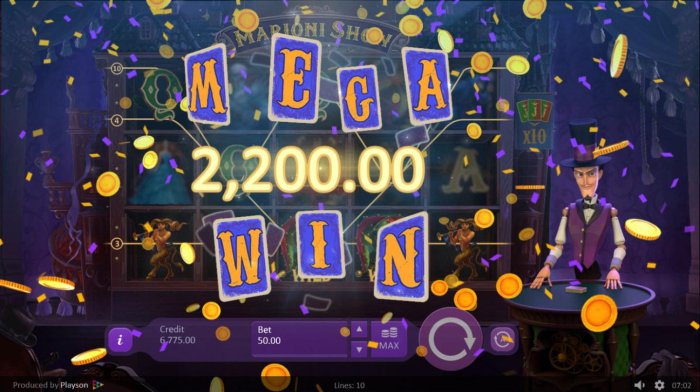 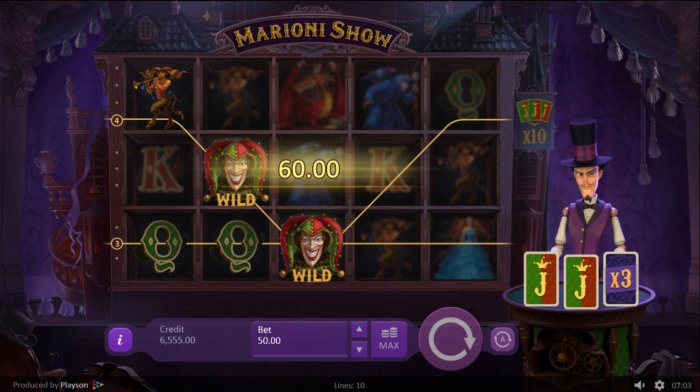