While we review an online pokie like Ghost Rider, we must take into consideration there are many aspects we have to write about. Mainly we take note that there are 20 lines in conjunction with 5 reels. Watching this movie set pokie displays its thought in production with letters and numbers, and also Ghost Rider conveys more with Devils and spell books putting you right into it. Allowing single spin coin values from $0.01 all the way up to $1000, you can be sure to get into your comfort teir while playing Ghost Rider. The wild icon consisting of the man with a flaming skull will substitutes for the values of all symbols excluding the Ghost Rider logo, increasing greatly your ability of wining a decent amount. Scatter symbols found in Ghost Rider are special, these Ghost Rider logos do not need to fall on the same payline to win. When you know right away your pay lines are doomed there is still a good a chance of winning big with a scatter grouping. Pokies such as Dolphin Reef, The Avengers and Spider-man have the same pokie design.

We truly enjoyed adding Ghost Rider, the movie based pokie offers a great amount of production that really puts you inside the game displaying the letters and numbers icons and sounds. All online games offer a good chance of winning a large pot but keep your winnings before they are gone.

The Ghost Rider bonus round

The feature section of Ghost Rider is really cool. In our online pokie reviews we like to end with the greatest part to focus on such as these awesome features. I appreciate the Ghost Rider Free Games Feature and the pay outs it produces. By achieving 3 or more scatter symbols appearing this bonus will launch. When you get a bonus symbol appearing on the middle reel the special bonus begins. This Ghost Hunt bonus game pays out very well overall. I will give Ghost Rider 5 out of 5 stars for the feature games. pokie features add so much excitement to Pokies, this is by far the best part of Ghost Rider. 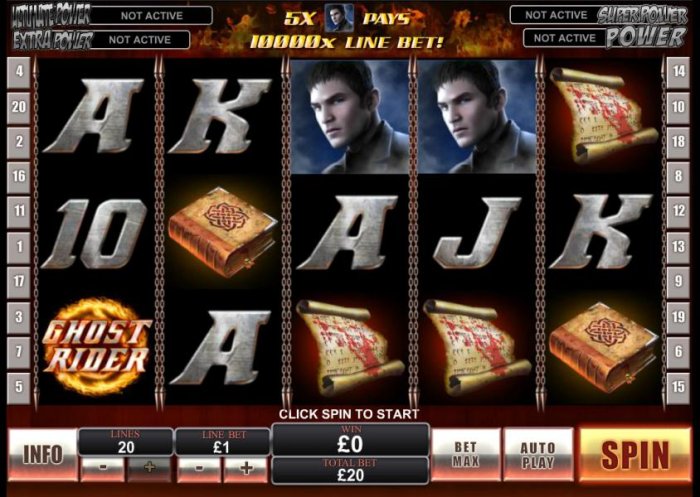 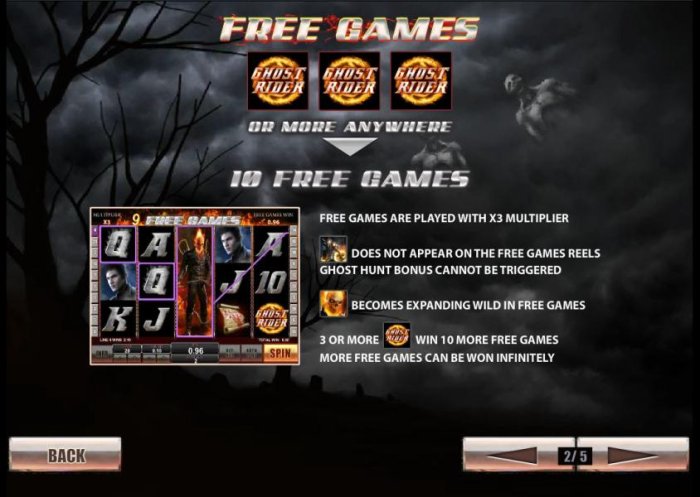 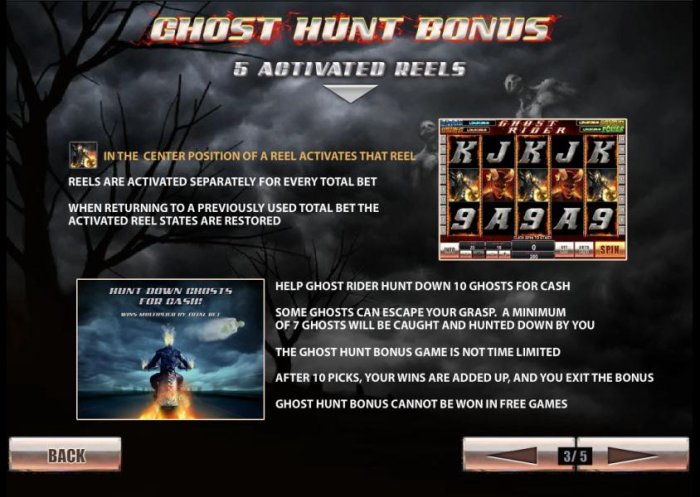 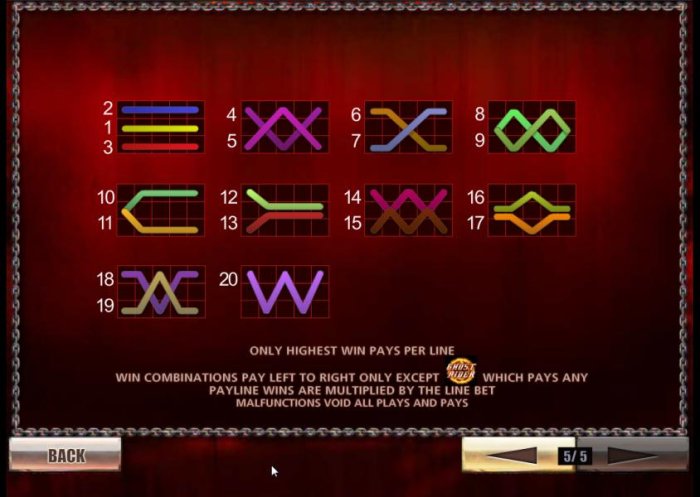 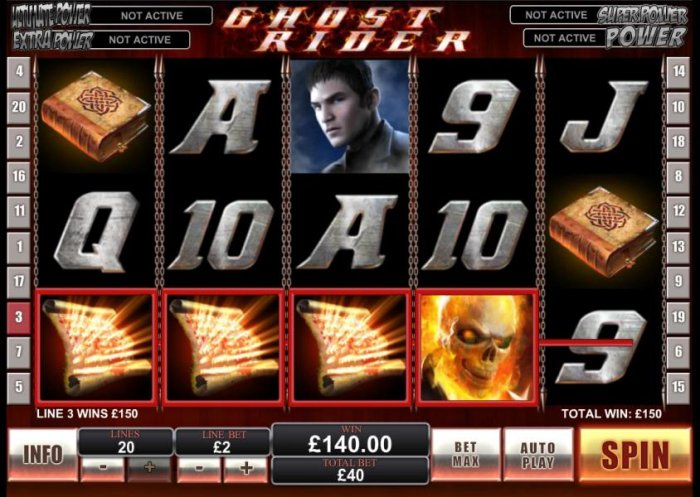 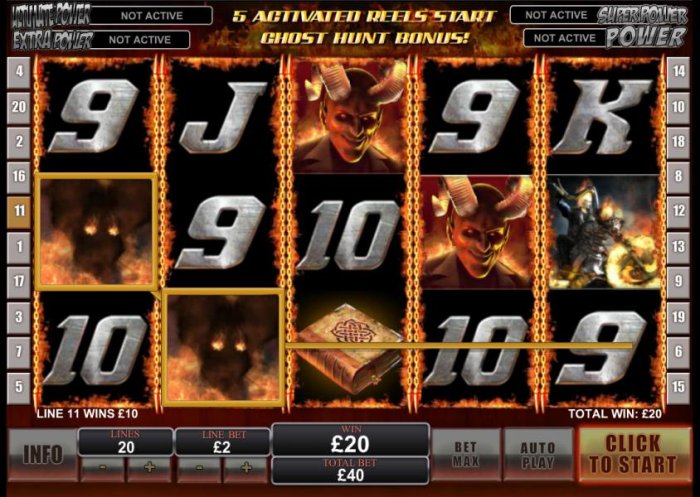 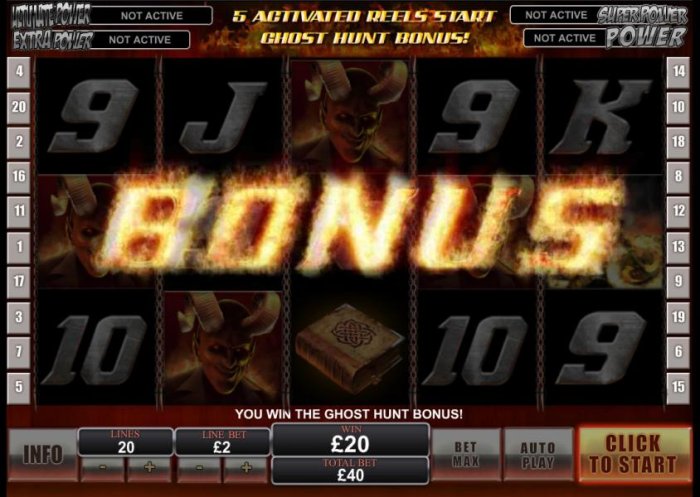 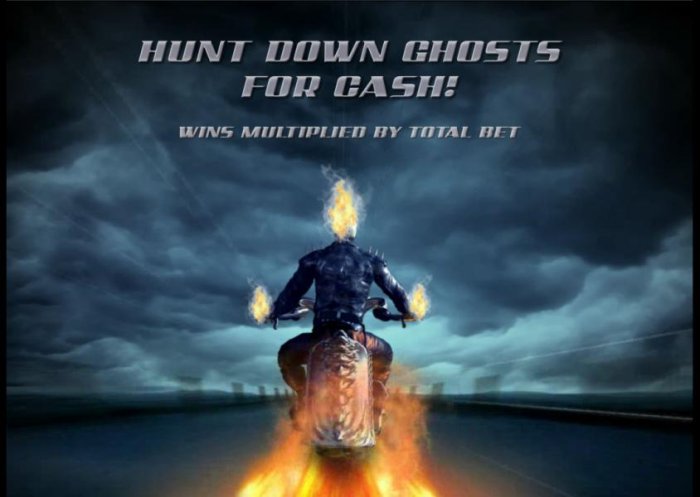 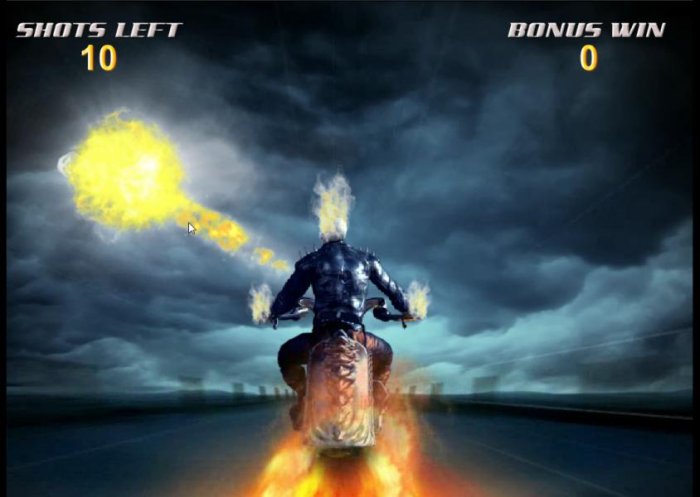 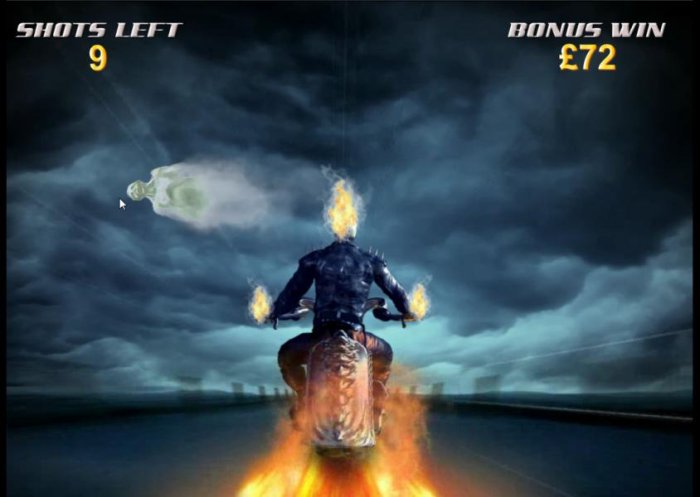 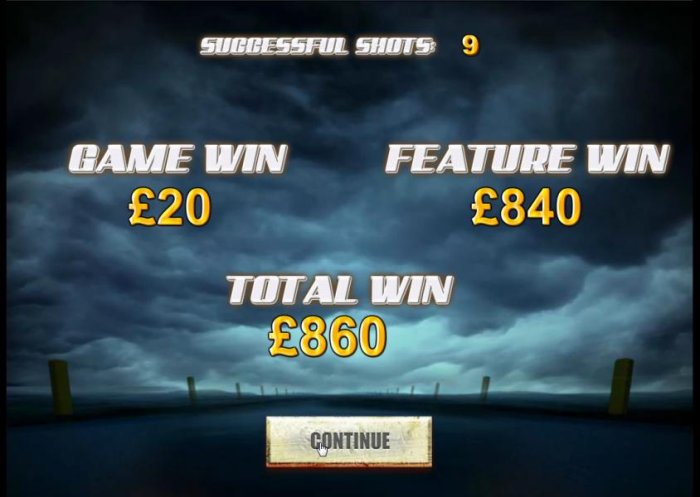 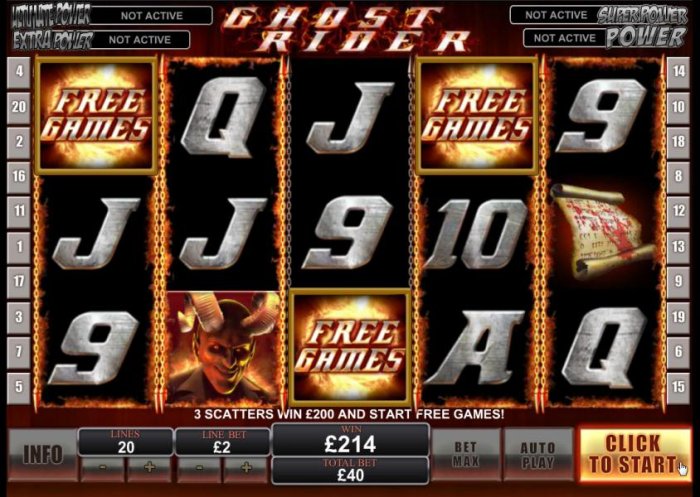 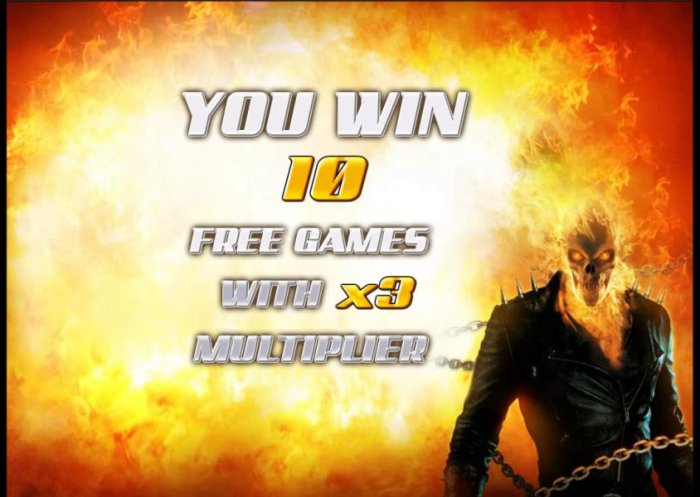 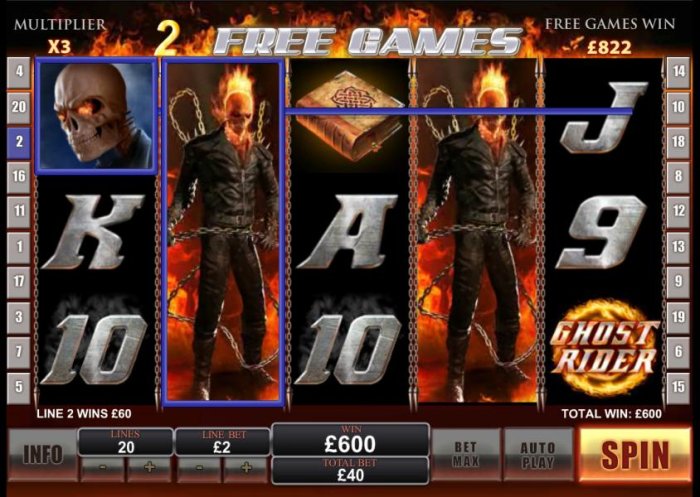 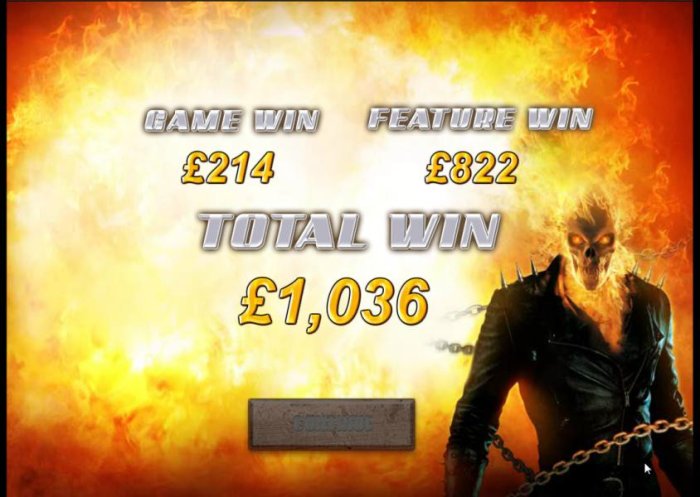