While reviewing a new online pokie like Hockey League Wild Match, we have to consider there are many aspects to convey. We show that there are 9 pay-lines along with 5 reels. This hockey sports set online pokie displays its time in production with referee, a red and white hockey player, a white andblue hockey player and a black and white hockey player, and then Hockey League Wild Match drives it home with ace, king, queen and jack putting you in the game. Offering bets from $0.09 to the maximum of $450, this Pragmatic Play software online pokie provides many options. The wild league cup trophy symbol can is used as the values of other symbols but the hockey puck symbol, maximizing your chances of a wining play. The scatter icon included in Hockey League Wild Match the hockey puck, these symbols pay out when you have multiples in the pokie. These unique hockey puck symbols are not required to be on the same payline to launch the win. As with a lot of other Pokies three or more scatter symbols usually starts a bonus feature. Other pokies from Pragmatic Play software such as Hockey League, Magic Crystals and Vegas Magic provide identical pokie play. 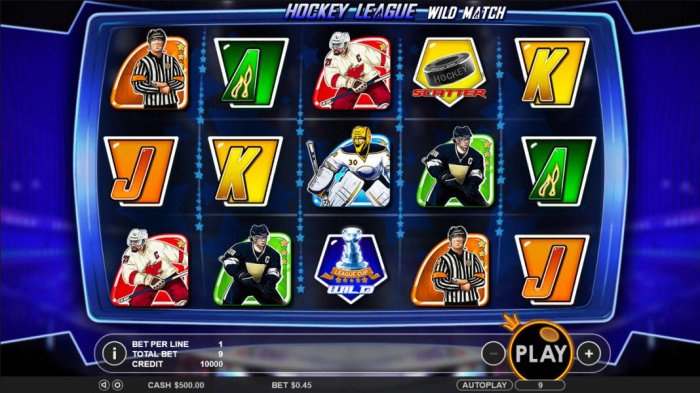 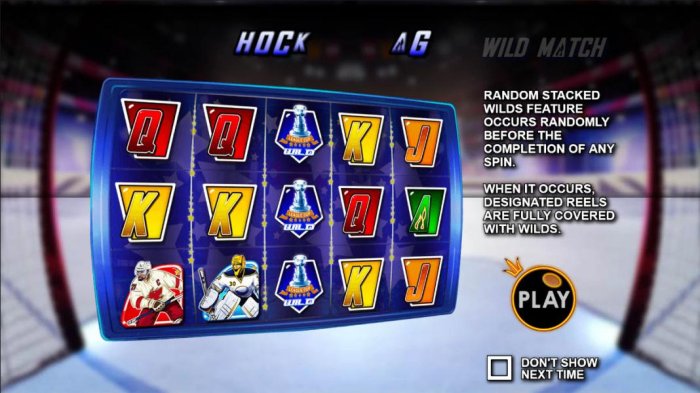 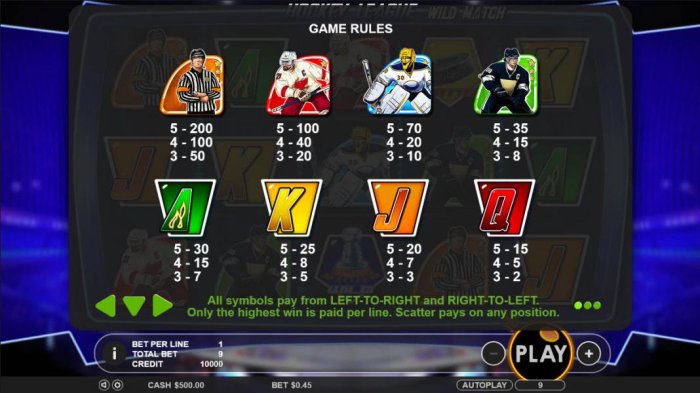 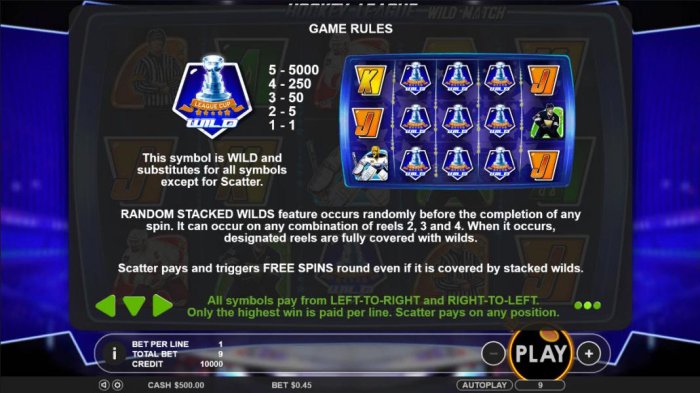 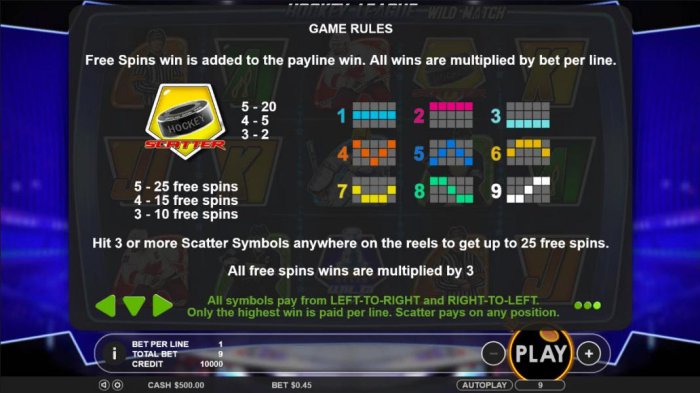 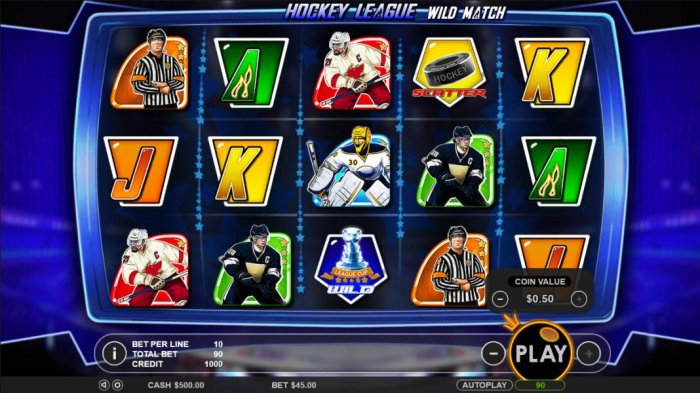 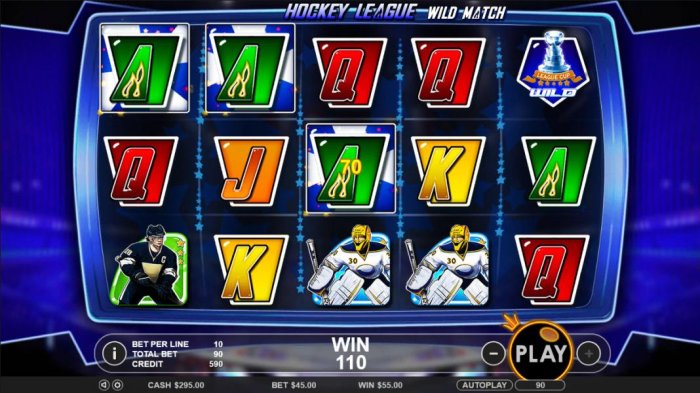 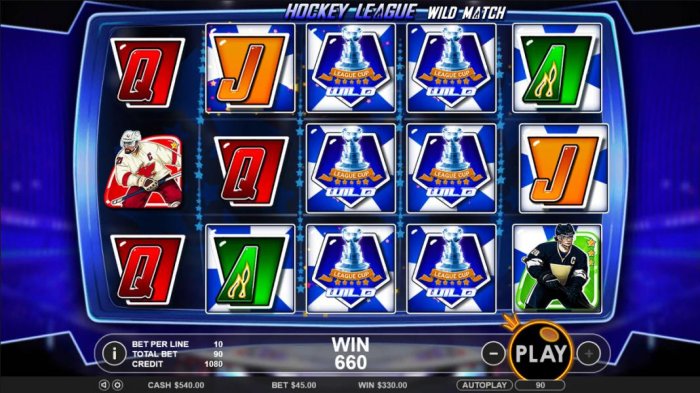 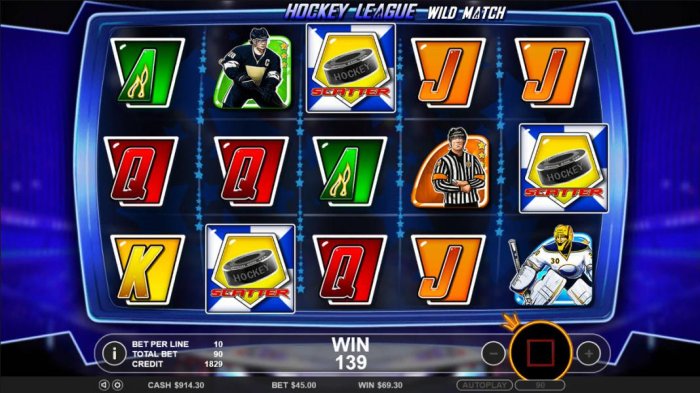 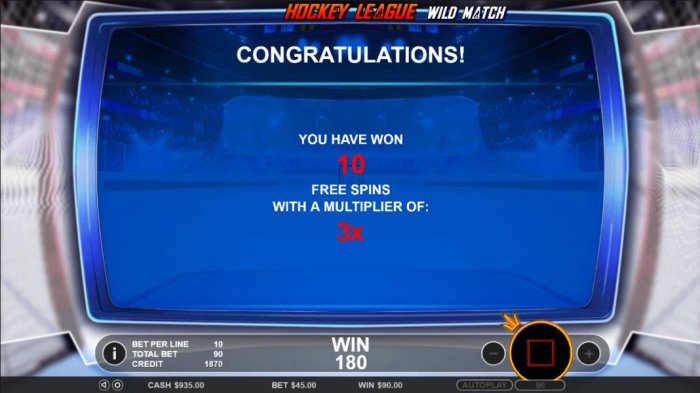 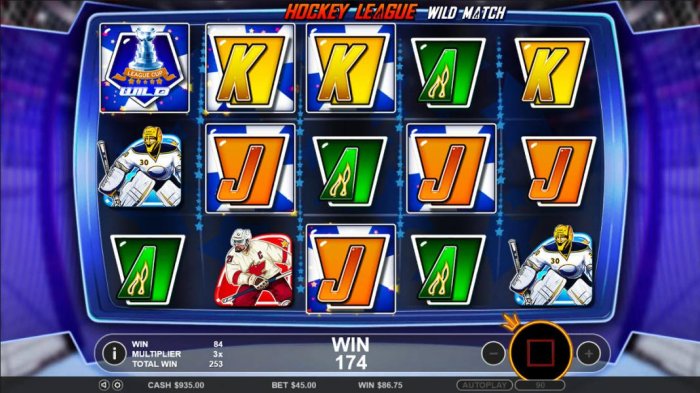 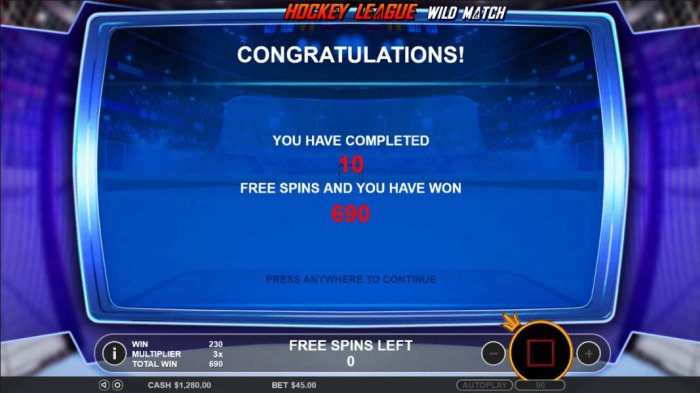 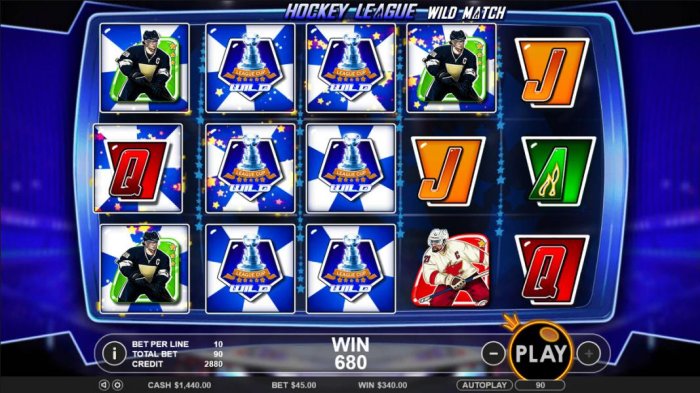