Big Bot Crew pokie, a great 40 payline, 5 reel pokie. Pokie art like Matsuo (red), Danielle (orange), Joaquin (purple), green robot and blue robot really conveys the main futuristic robot theme. Utilizing Gold gear, bronze gear, green disk and blue disk we rate this Quickspin produced game 5 out of five for putting this together. Wagering on Big Bot Crew is quite simple, beginning with a small wager of $0.01 up to a large bet of $100, this permits you to play at your comfort level. Go ahead and have more than one big bot wilds for a large payout. Seeing many Booster bonus pokie icons can deliver a handsome pay. When you see right off your pay lines are failing to match there is always an opening of still hitting a scatter win. I can suggest other online Pokies like Spinions Beach Party as it has the 5 reels and 40 lines like Big Bot Crew, some others like Jewel Blast and Leprechaun Hills are enjoyable as well. Many of Quickspin online pokies like this one act the same so play some others as well.

Big Bot Crew is a nice online pokie, the futuristic robot theme is well designed and the payout percentage seems good. Some other pokies like Sticky Bandits share a lot of the identical design. To sum it up we think Big Bot Crew remains a fun pokie featuring ok pays and images.

In the playing of Big Bot Crew, you can really get ahead with cash, this is accomplished by getting a pokie bonus round win. On All Online Pokies pokie reviews we like to finish with the best part to focus on like these great game bonuses. The Big Bot Respin feature is started by getting two or more full reel big bot wilds, this feature in my findings appears to pay out very well. I enjoy the Big Bot Crew Free Spins as well as the riches it brings. By achieving three Booster bonus symbols in the same spin this feature game will begin. I really love the Big Bot Crew Mystery Nudge and the excitement it brings! This starts once you get big bot wild symbols appearing on two or more reels in base game. Like all bonus rounds, the Big Bot Crew bonuses allows you an opportunity to get your funds on the positive. you almost don't care about the cash balance. 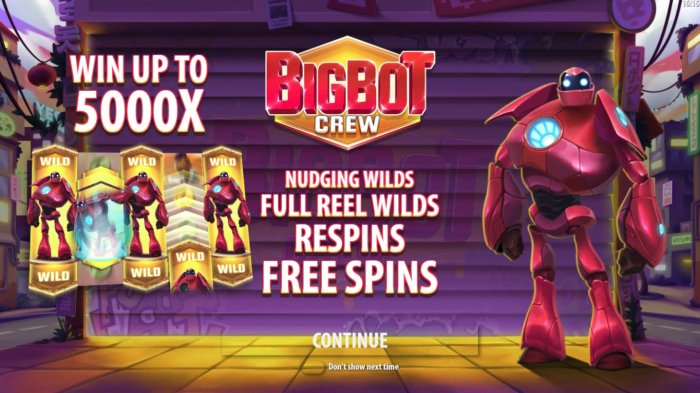 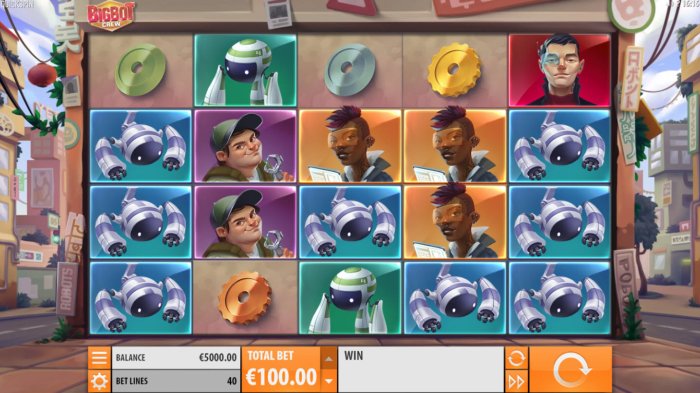 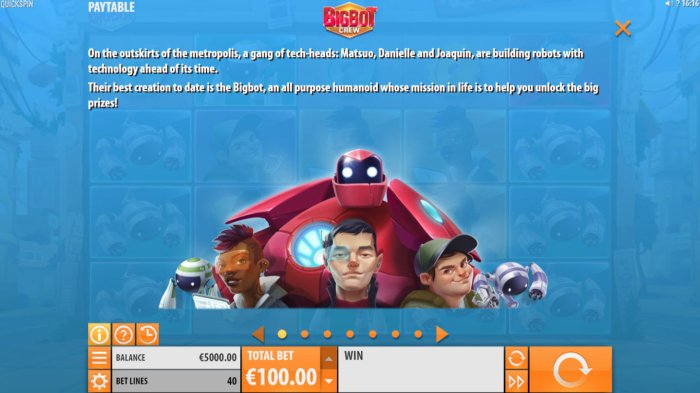 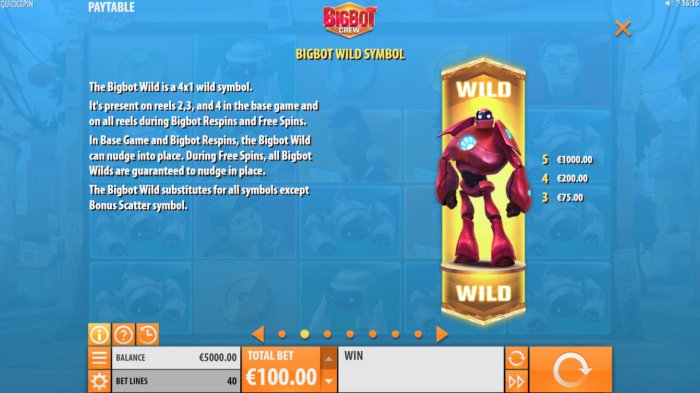 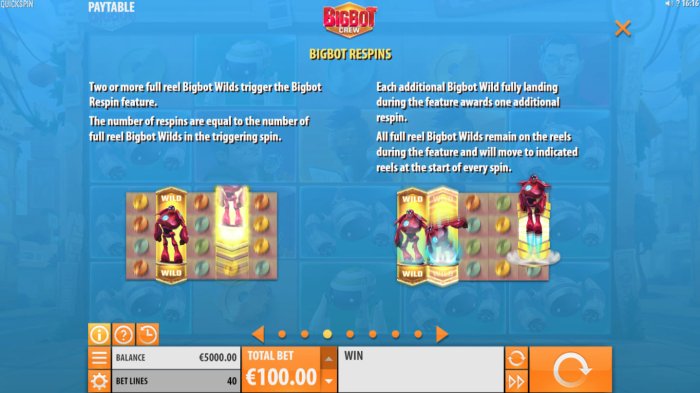 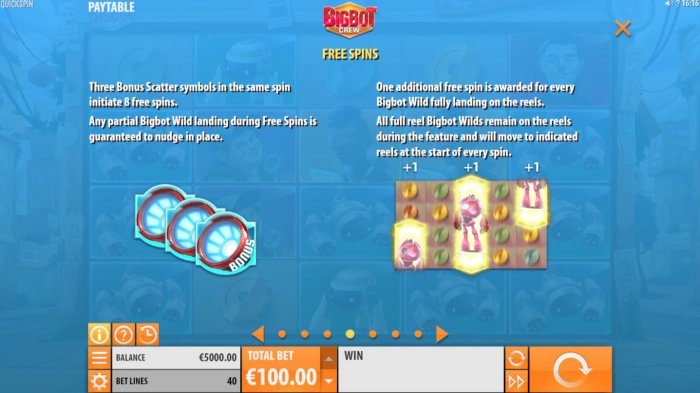 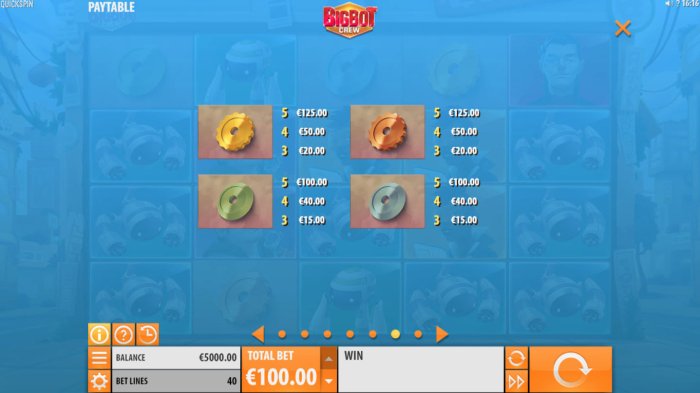 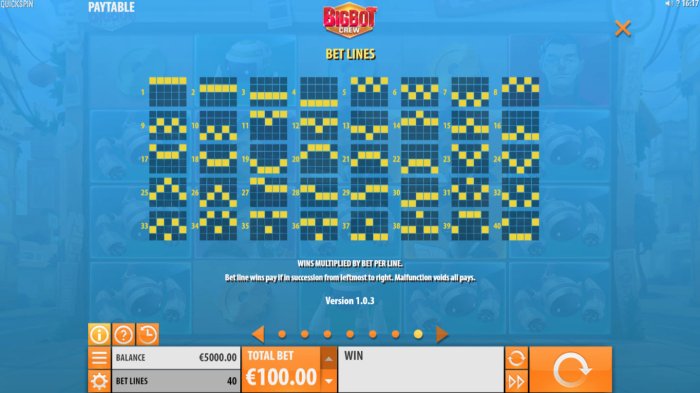 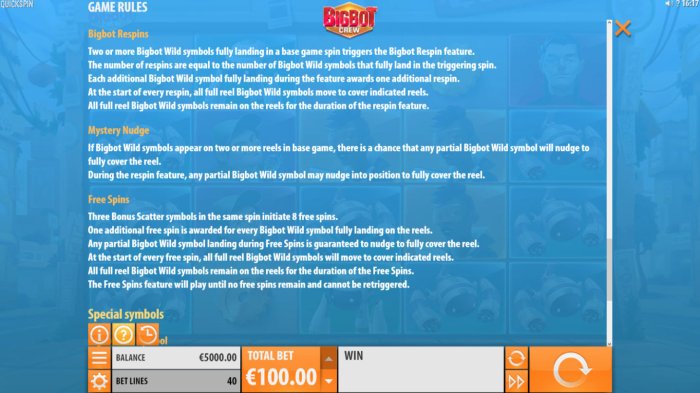 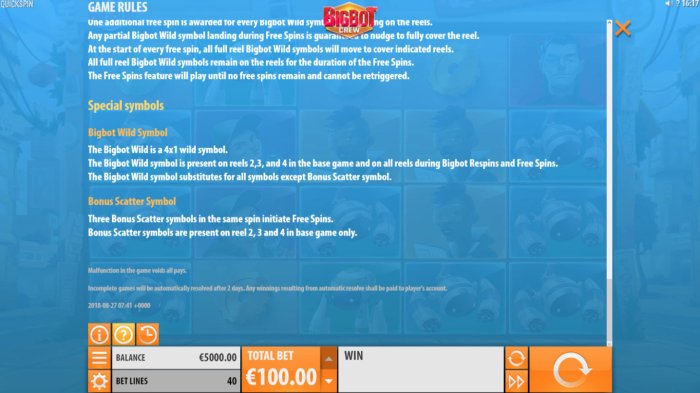 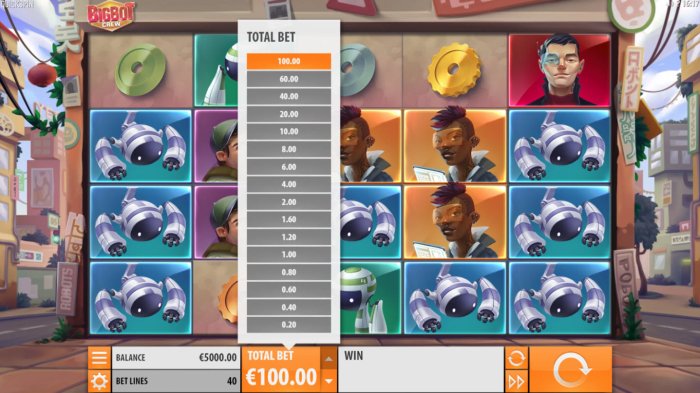 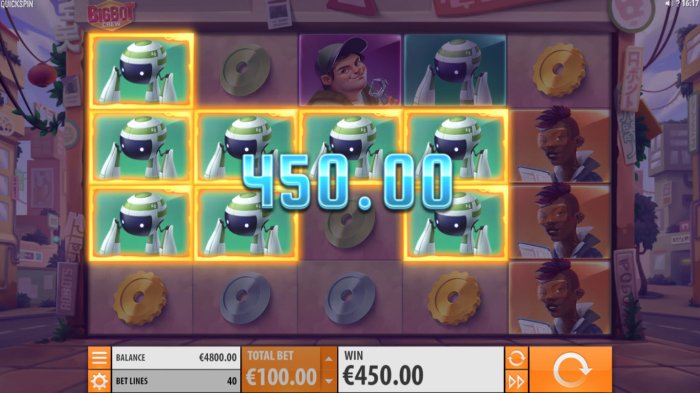 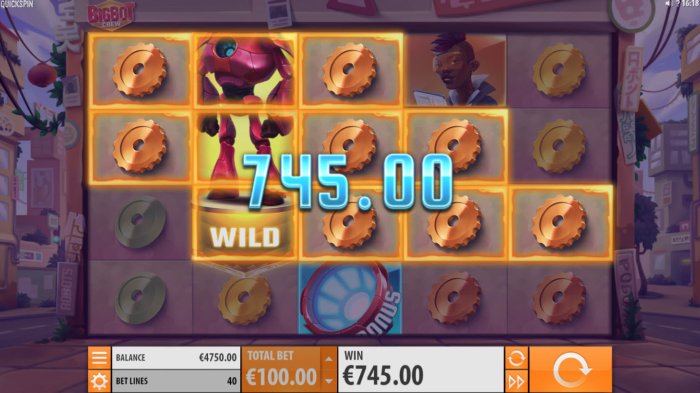