When we create an online pokie such as Witch's Brew, we have to examine many things. We point out that there are 25 paylines in conjunction with 5 reels. This spooky Halloween set online pokie shows off its depth with a root, a Wizard, a black cat, a toad and a cauldron, and then Witch's Brew drives it home with potion bottles, a candle, a jar of eyeballs, a mortar and pestle and spell books and scrolls putting you right in there. Offering wagering of $0.01 up to $6.25, this RTG software game offers many options. Another big bonus of gambling with Witch's Brew is the fact the wild icon witch and dragon fang permits you to connect paylines with any of the many symbols. This becomes apparent when there are many winning combinations crossing over the wild locations. Scatter symbols found in Witch's Brew are special, these goblin bloods are not required to be located on the same payline to win. Its bad when at the start of your spin when your starting reels don't match up but there is still a good a chance of winning big with a scatter grouping. Other online Pokies from RTG software such as Triple Twister, Mid-Life Crisis and Cai Hong are much alike.

Along with other 5 reel online Pokies, the Witch's Brew pokie is a great game to play. The RTG crew worked a lot of time to make this game a memorable experience. Implementing images like potion bottles, a candle, a jar of eyeballs, a mortar and pestle and spell books and scrolls you can easily find yourself in the spooky Halloween world. To wrap the review we think Witch's Brew remains an entertaining pokie with hardy pay outs and supporting sounds.

The bonus round section of Witch's Brew is really cool. In the pokie write ups we like to finish on the best items to look forward to like these awesome pokie bonus games. Get three or more goblin blood scatter symbols appearing anywhere awards 10, 25 or 125 free games respectively. This will trigger the Goblin Blood Feature bonus Game. To begin the Wild Brew Feature bonus round, triggered by getting landing three of the same kind of wild symbol on reels 2, 3 and 4 triggers the Wild Brew Feature, reels 2, 3 and 4 are held in place while the other reels re-spin up to 10 times. Like all features, the Witch's Brew feature is where you can really get the massive win. you can be distracted from the credit balance. 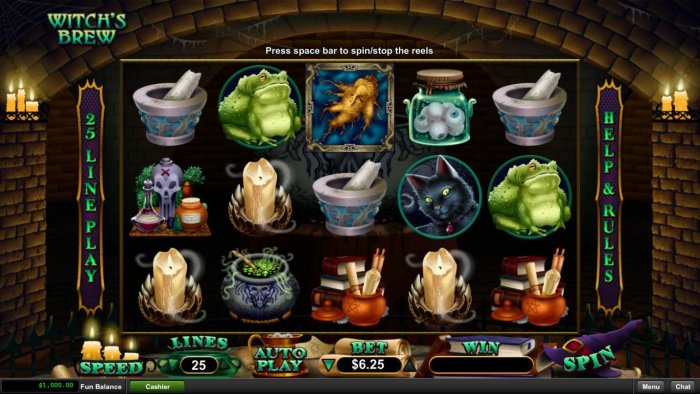 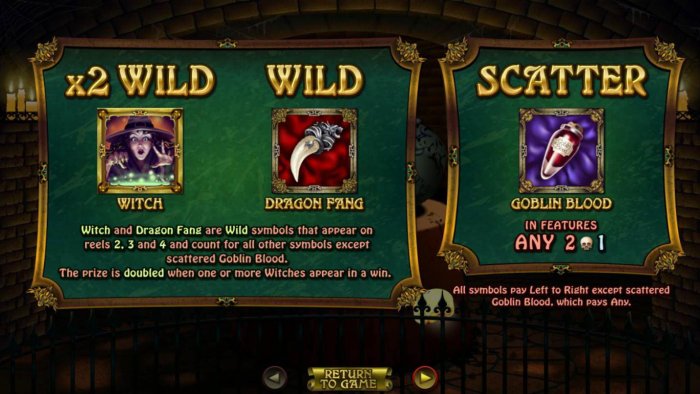 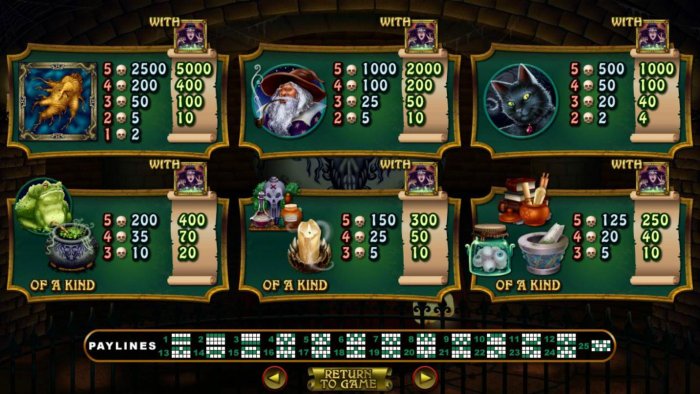 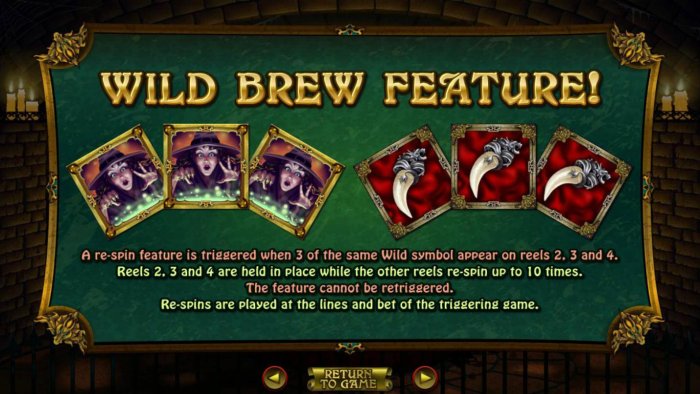 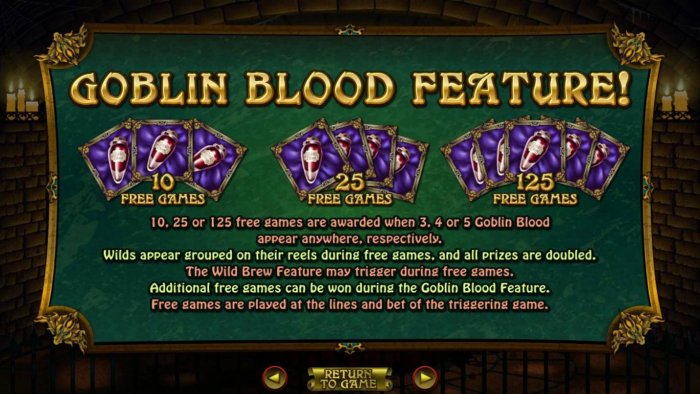 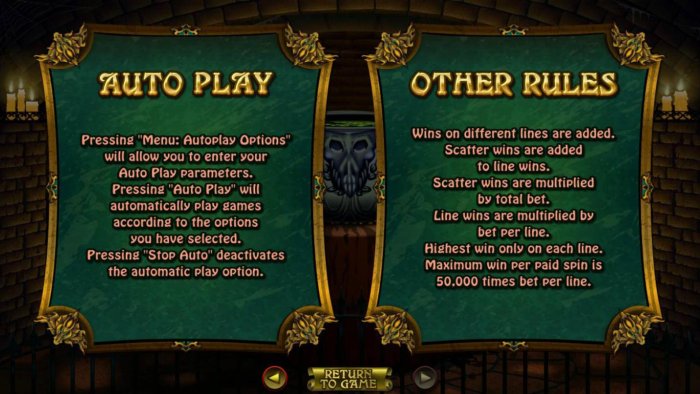 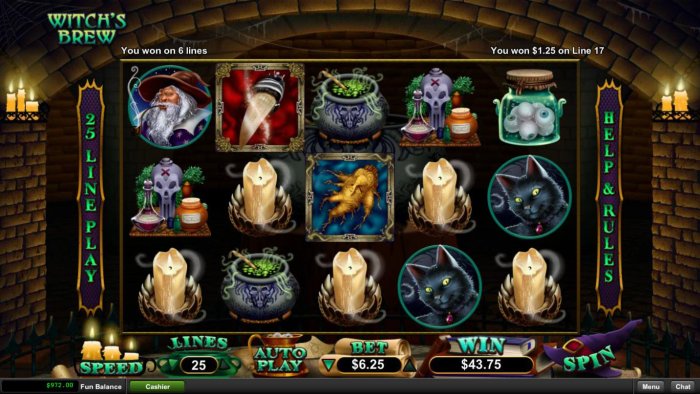 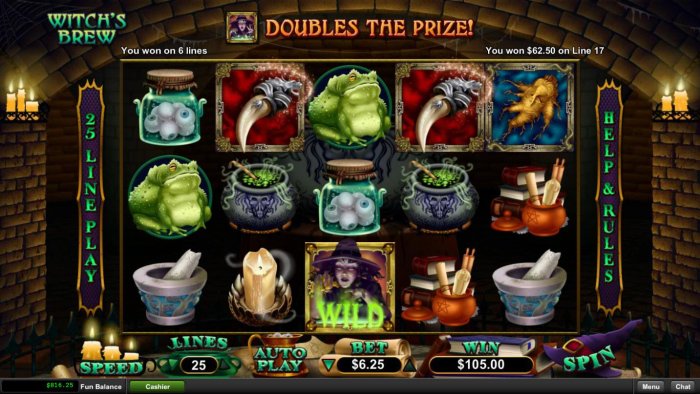