The Dynasty Empire pokie, a cool 1024 pay-line, 5 online pokie. Playing this well crafted Asian cultural theme online pokie brings a ton of game play by showcasing symbols including dragon, temple, Gold coin, jade lion, jade tortoise and Lotus flower. Along with these Dynasty Empire has ace, king and queen that delivers the final touch of this simple but good Asian cultural pokie. Figuring on a single spin bet size for Dynasty Empire is easy, starting with an initial starting bet of $0.80 all the way to $200.00, this permits you to play at your preferred amount. A great big bonus of playing Dynasty Empire is that the wild symbol girl permits you to fulfill paylines with any of the many symbols. This becomes apparent when you can have multiple paylines converging on the wild spots. Take note that the scatter icon on the Dynasty Empire the boy, these scatter pay out when you have them anywhere on the pokie. These special icons can be literally scattered all around to win. As with many other games having more than two scatters will start a pokie feature game. I suggest other online Pokies like Neptune's Gold as it has 1024 lines as well, some others including Year of the Monkey and Super Kids are enjoyable also. Many of Toptrend Gaming online games like this type play similarly so play some others as well.

We truly loved adding Dynasty Empire, the Asian cultural based game offers some good amount of detail that gets you inside the game with The Dragon, temple, Gold coin, jade lion, jade tortoise and Lotus flower symbols and sounds. All games offer a decent possibility of winning a large amount but in the end all pokies favor the house.

The Dynasty Empire bonus round

The pokie bonus round piece of Dynasty Empire is really cool. On our online pokie write ups we like to wrap up on the best parts to focus on like these great features. If you like big amounts of riches, the Free Games would appear to have been placed for you! It's as easy as getting three or more boy scatter symbols anywhere on the reels to launch. Like all bonus rounds, the Dynasty Empire feature is where you can really score a large bonus win. The opportunity that you can collect far beyond your wager is what makes features great. 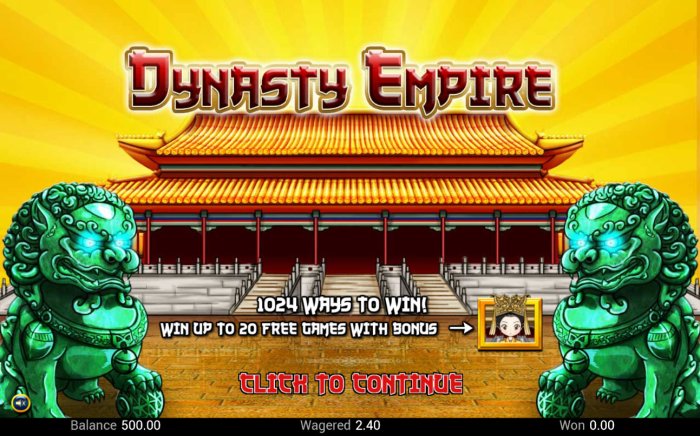 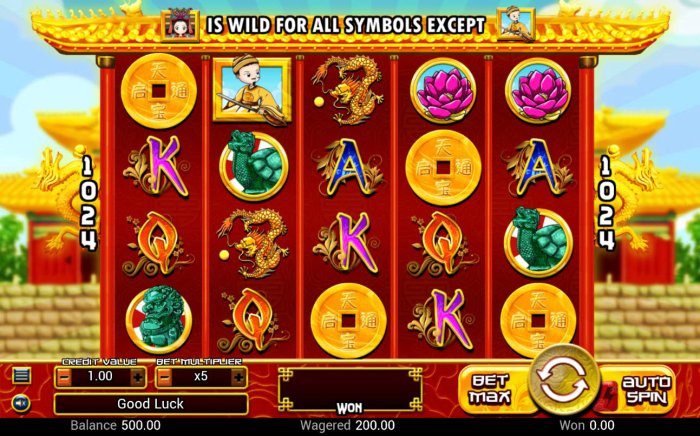 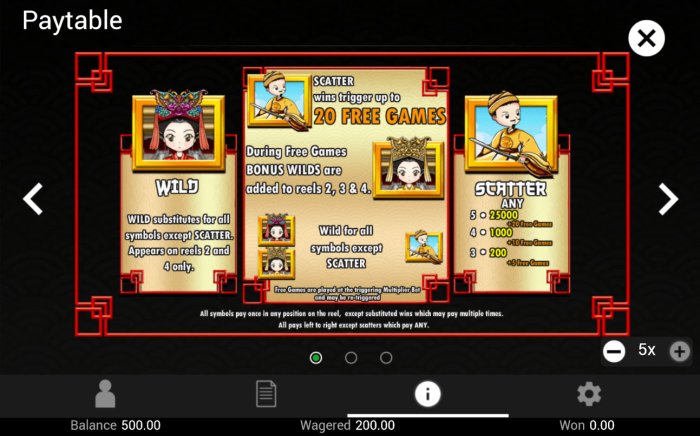 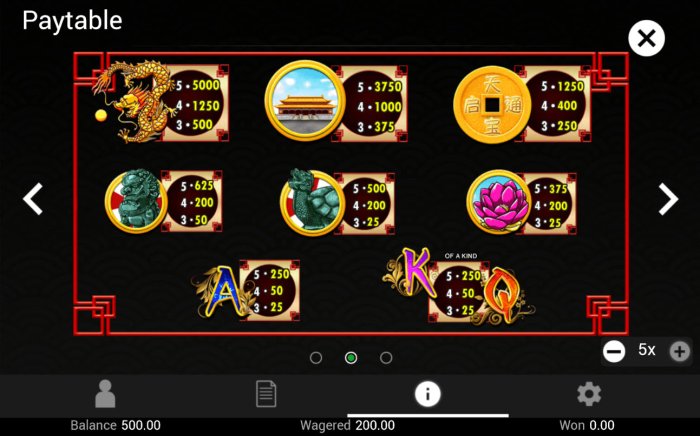 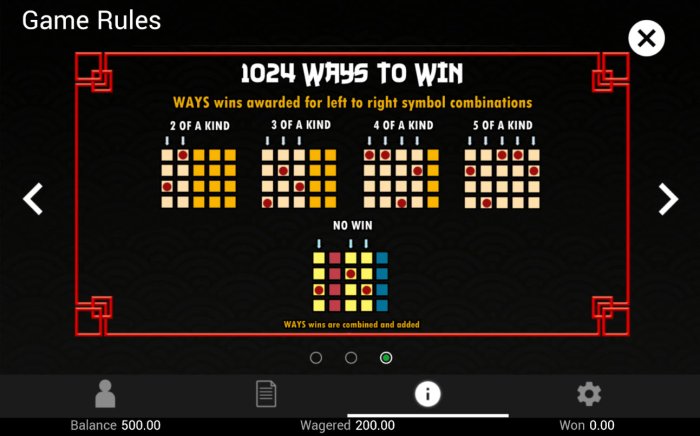 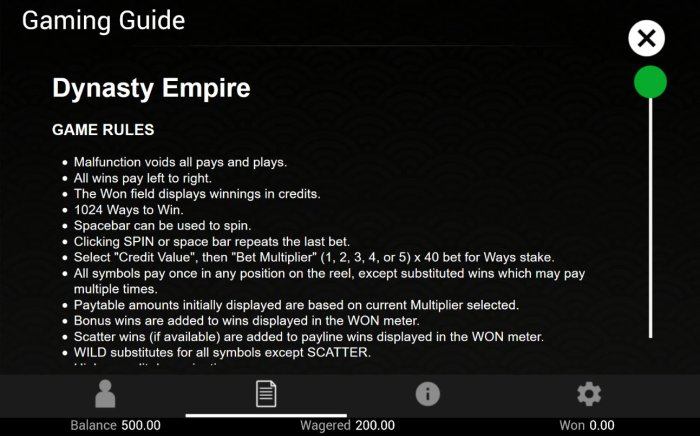 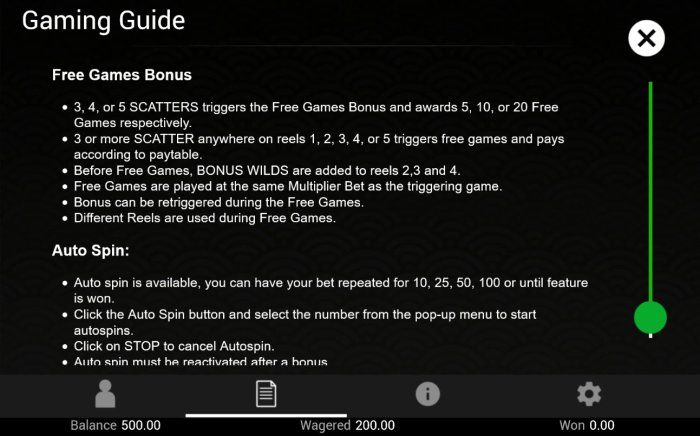 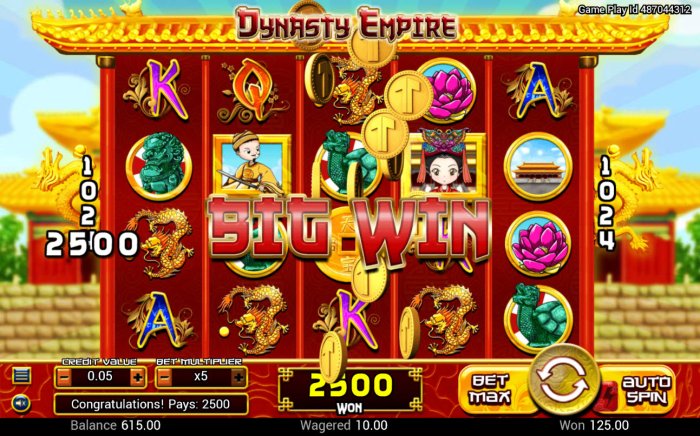 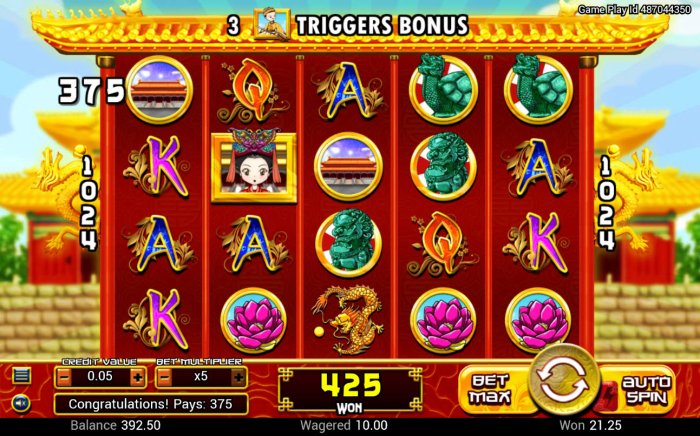 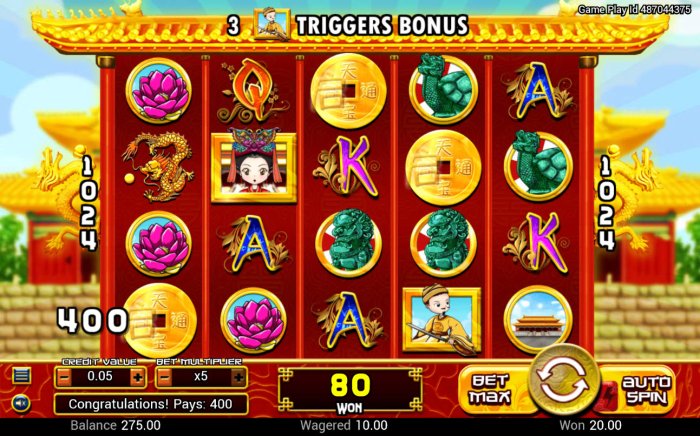