The Spartacus Call to Arms pokie, an exciting 50 pay line, 5 reel pokie. Pokie art like male Gladiator and female gladiator completely conveys the overall ancient Roman Empire theme. Utilizing Gold helmet, silver helmet, lion helmet, round shield, sword and Gold coins we grade this WMS produced pokie 4 out of five for putting this together. Betting on Spartacus Call to Arms is quite simple, starting with a small bet of $0.01 up to a maximum bet of $50, you will have many options. Seeing some scatters symbols of the lion can reward a handsome pay as well. When you see right away your pay lines are doomed there is always an opening of winning a lot with a scatter grouping. We point to other games like Game of Dragons II as it has the 5 reels and 50 lines as well, similar Pokies including Monopoly Once Around Deluxe and Casino Island II are close as well. As a lot of WMS games like this type play the same so play some others as well.

My Spartacus Call to Arms Opinion

Along with many 5 reel pokies, the Spartacus Call to Arms pokie is a cool game to play. The WMS designers went beyond the norm to make this game a good time. Using symbols including male gladiator and female Gladiator you can easily find yourself into the ancient Roman Empire experience. To sum the review we think Spartacus Call to Arms remains a fun game featuring hardy wins and supporting sounds.

The pokie feature section of Spartacus Call to Arms is obviously the greatest part. On All Online Pokies pokie write ups we like to end on the greatest parts to focus on like these awesome game bonuses. To begin the Free Spins feature game, started by getting three lion bonus symbols appearing on reels 1, 3 and 5, awards 10 Free Spins with an x2 multiplier. I am pretty sure you realize that like most bonus rounds, the Spartacus Call to Arms feature is where you can really get a giant win. you almost don't worry about the cash balance. 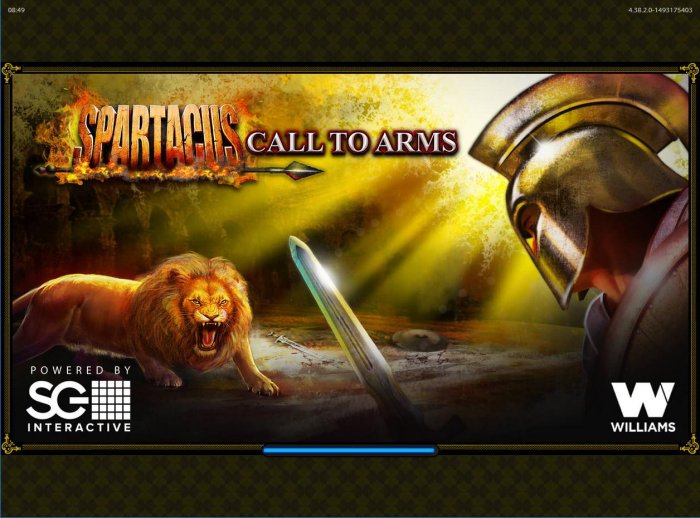 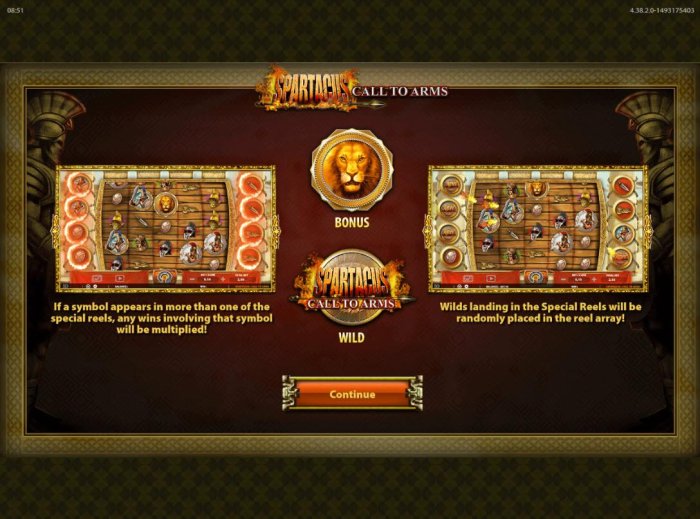 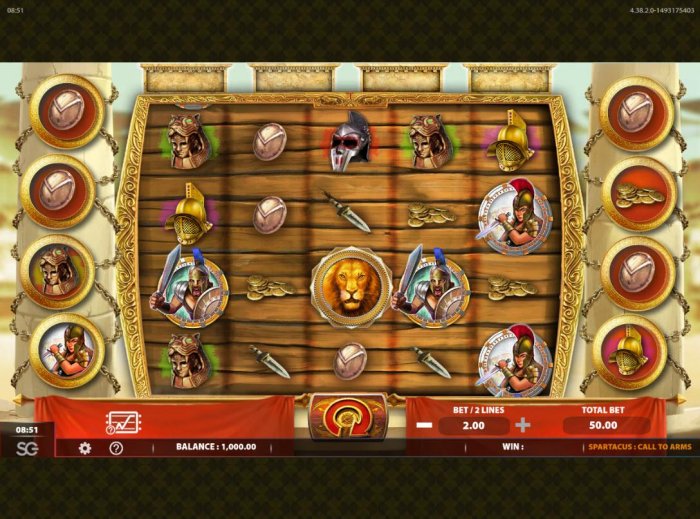 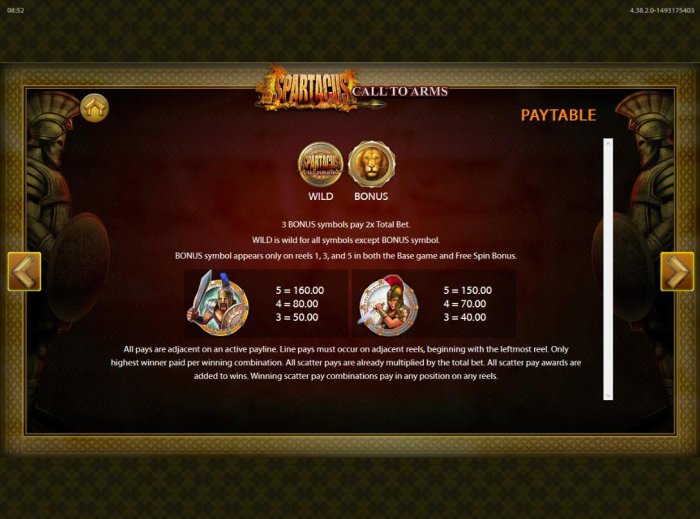 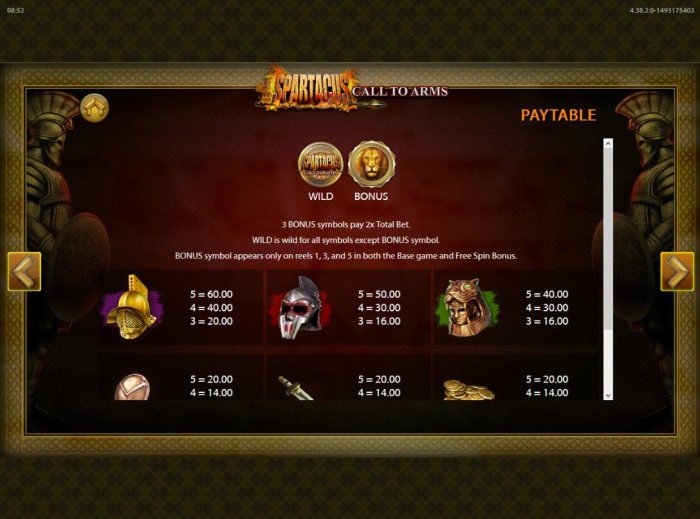 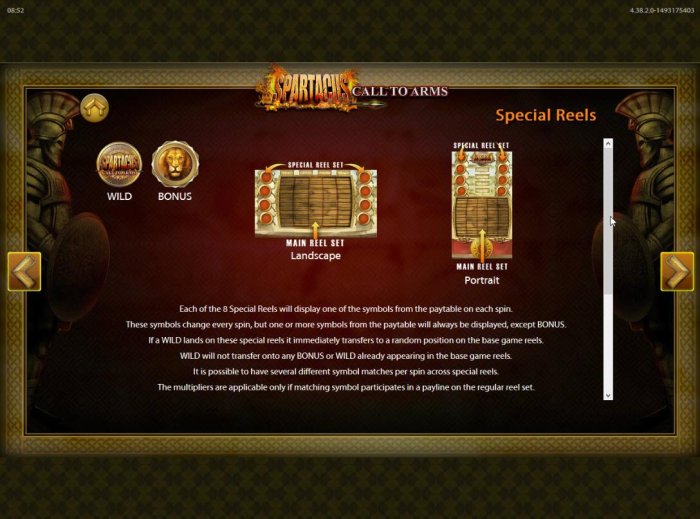 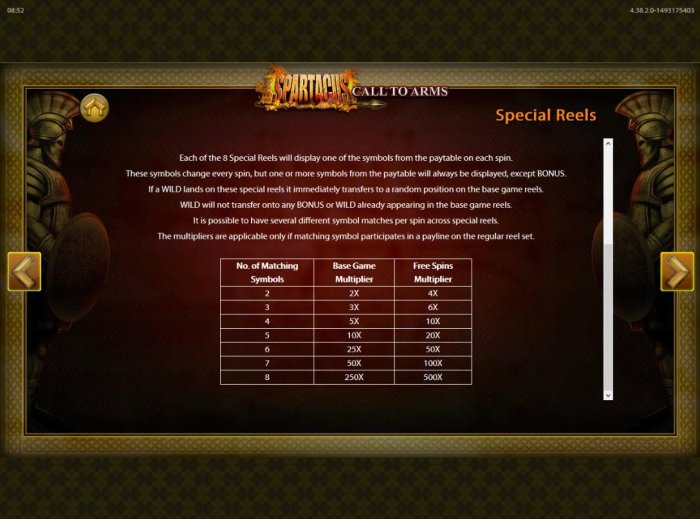 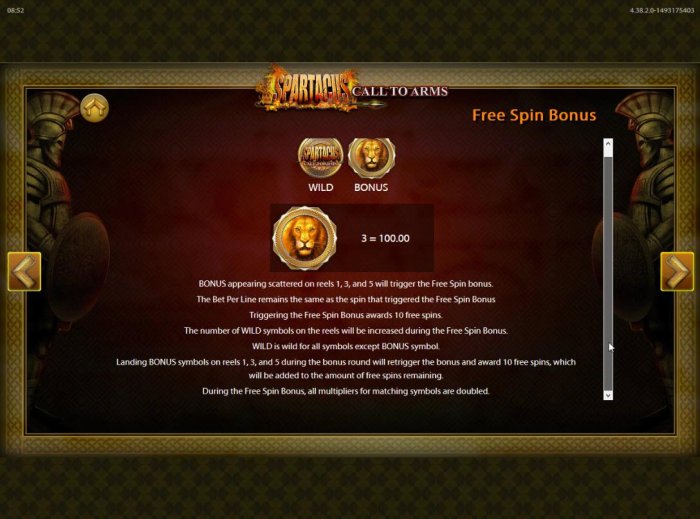 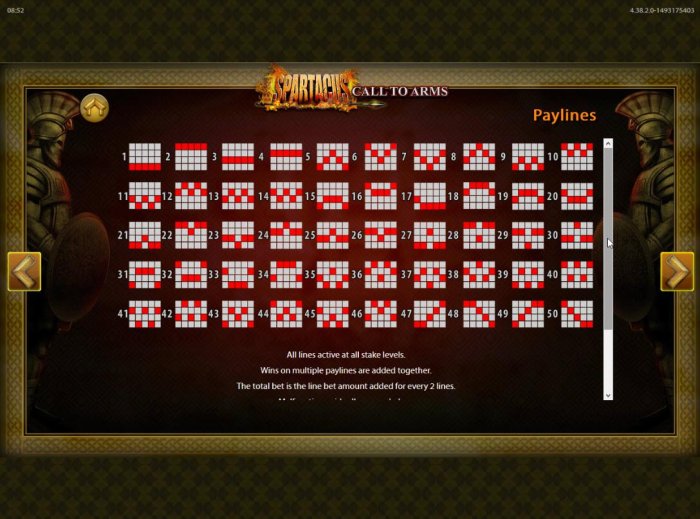 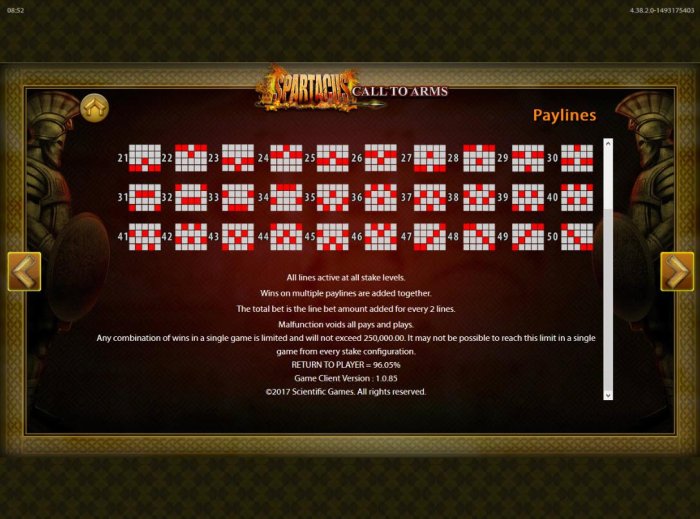 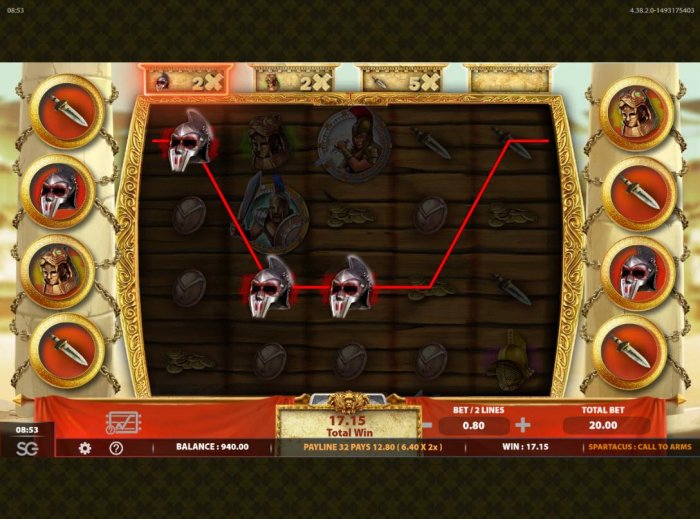 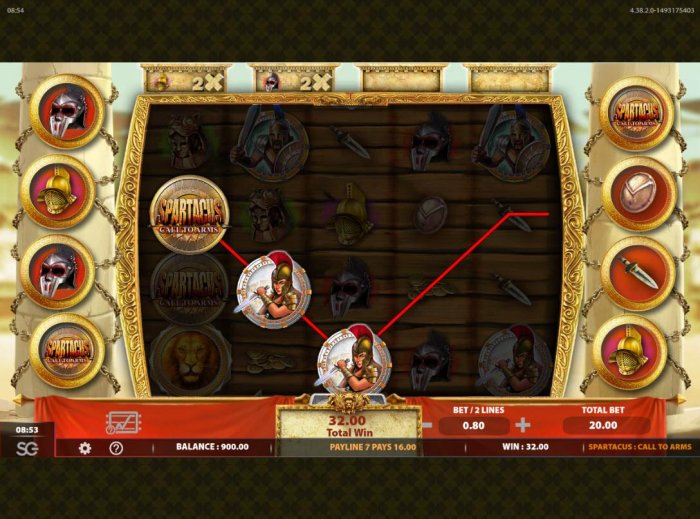