While we review a new pokie like Batman & The Penguin Prize, we have to examine there are many aspects we must record. Mainly we take note that the pokie has 64 pay-lines along with 6 reels. Game art including Batman, Robin and the Penguin neatly projects the perceived 1960s crime fighting super hero feel. Utilizing Alfred the butler, a purple top hat, a yellow umbrella, statute and bat boomerang we give this Playtech created pokie 5 out of five for putting this together. Consisting of bets from $0.25 up to $8000, you can be sure to locate your best level on Batman & The Penguin Prize. Try to use a few bat wild wilds for a large payout on Batman & The Penguin Prize. We can suggest other online Pokies like Buffalo Blitz as it has the 6 reels and 64 lines as well, some others like Age of the Gods Medusa & Monsters and Anaconda Wild are enjoyable as well. Many of Playtech online games like this one play similarly so play some other pokies as well.

Playing Batman &amp; The Penguin Prize offers a great way to win really large amounts of money, this is done by scoring a pokie bonus game win! On my pokie write ups we like to leave you on the greatest aspect to look forward to such as these awesome game bonuses. Get any win on the main reels will trigger the Penguin Respin. This will start the Penguin Respins feature. Get any spin of any amount in this pokie game can trigger the jackpot game, including spins resulting in no wins. This will trigger the Mystery Progressive Jackpots feature. I have to award Batman &amp; The Penguin Prize 4 out of 5 stars for the feature games. The chance that it is possible to win way more than wager is the best part of bonus features. 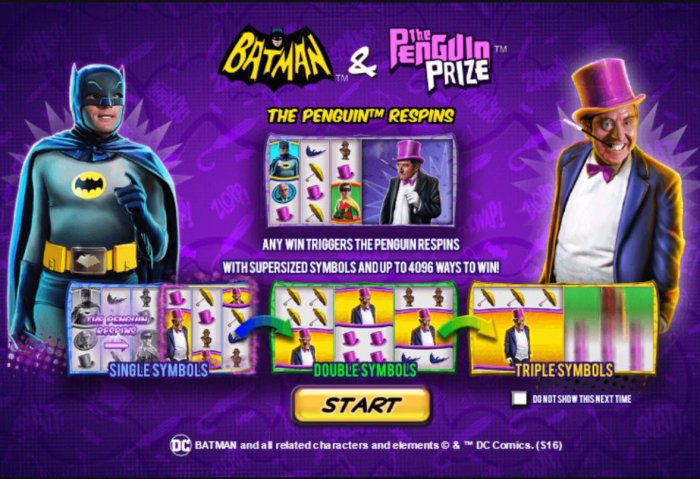 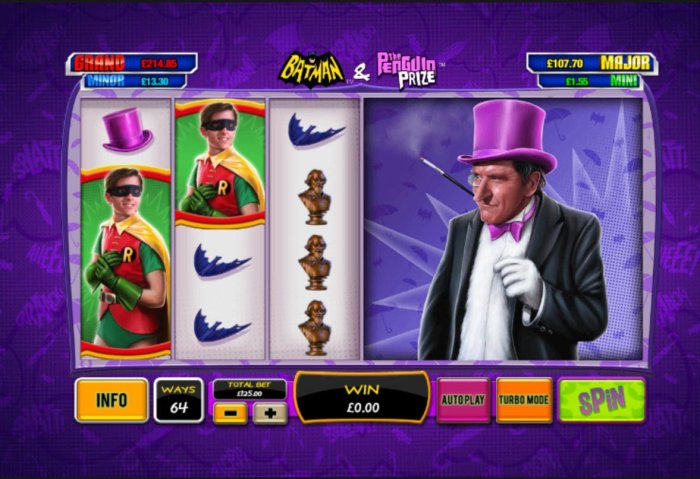 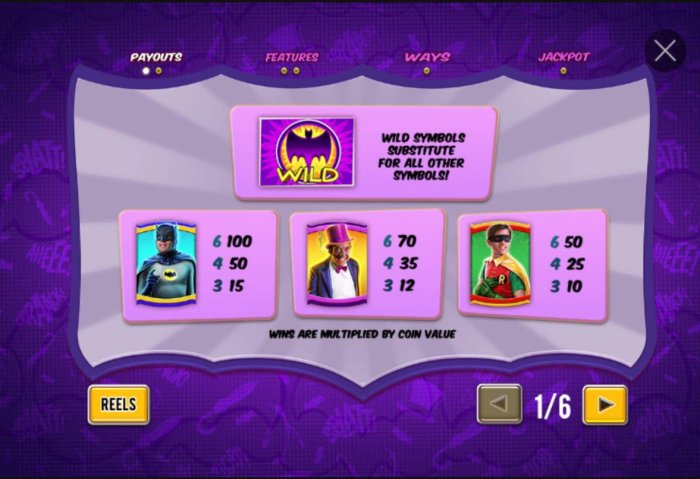 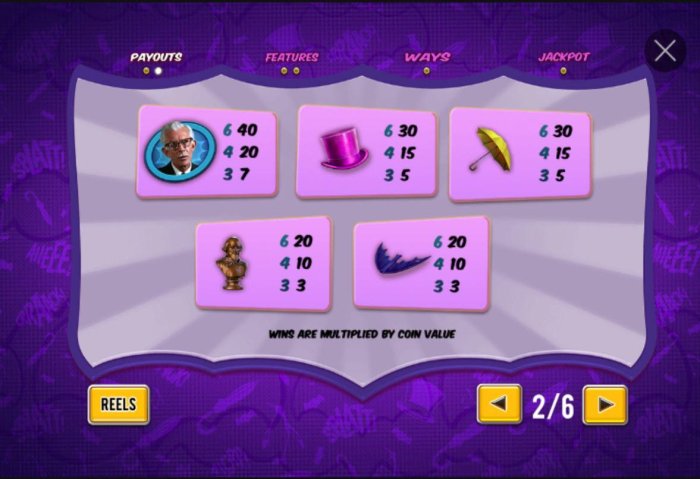 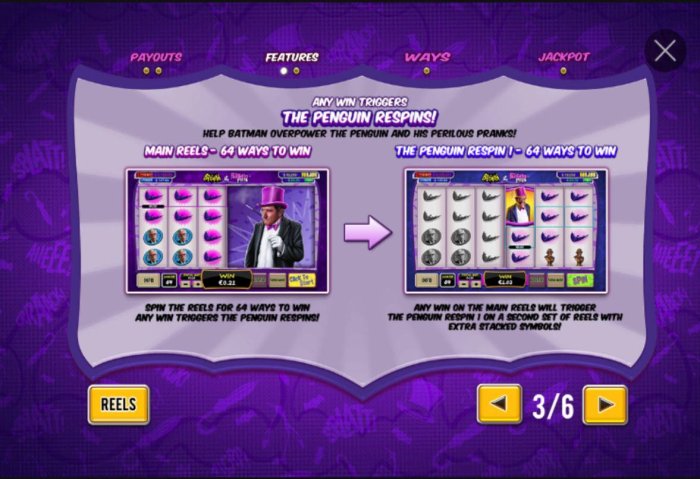 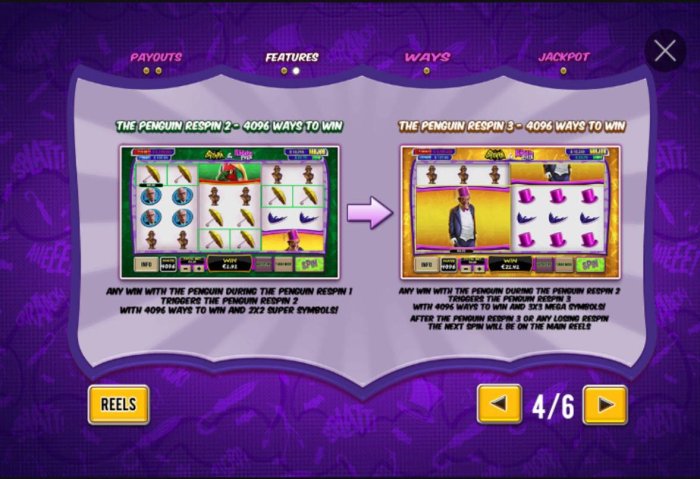 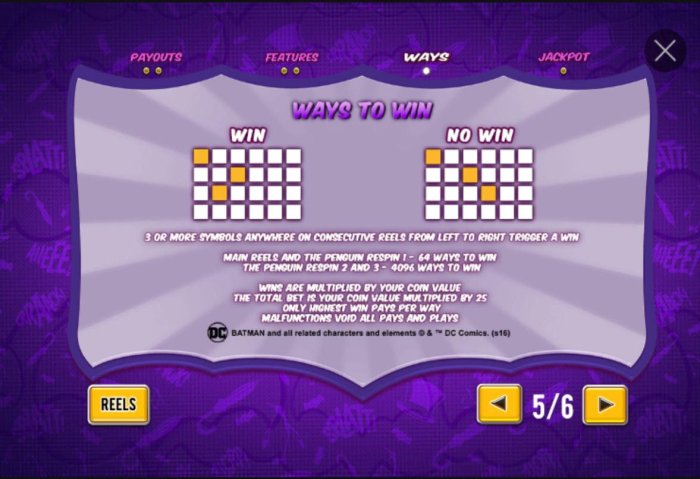 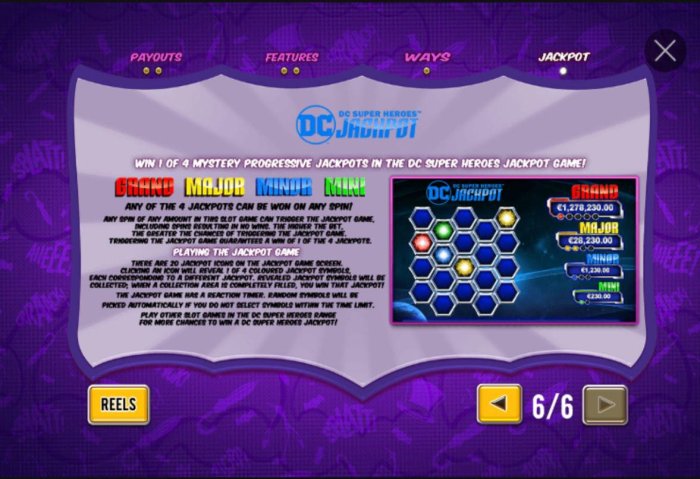 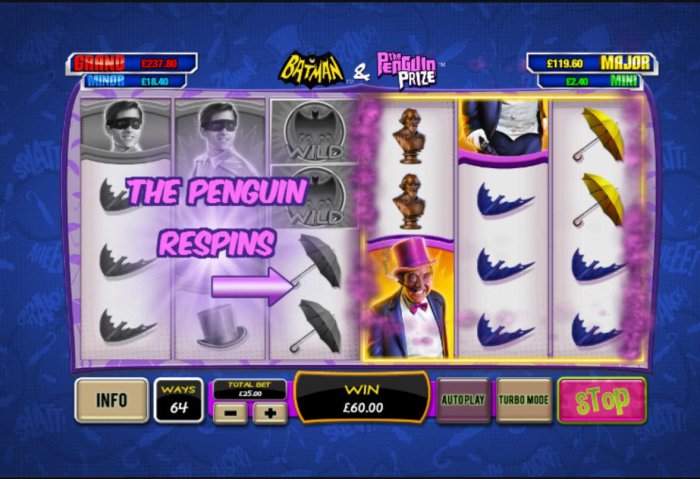 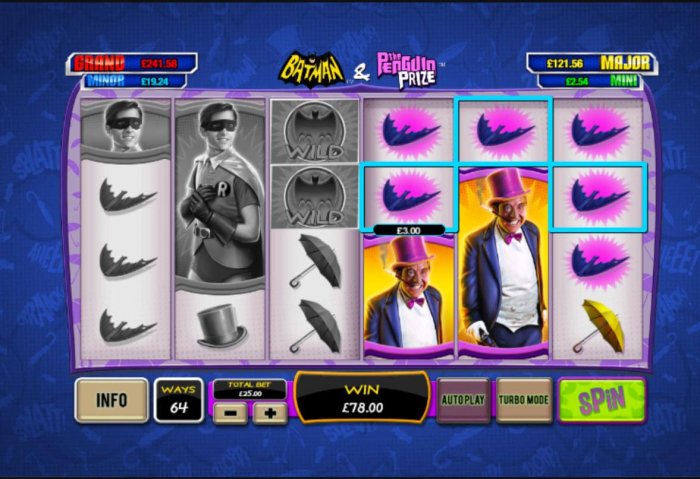