Zoloto Partii online pokie is a wonderful 21 pay-line, 5 reel pokie. This history of the Soviet Union theme based online pokie shows off its work in production with hammer and sickle, 1980 Olympic logo, CCCP, Kremlin, warship and Pravda newspaper, and also Zoloto Partii drives it home with farm tractor, worker poster, Zaz car and calendar wrapping up the complete feel. Zoloto Partii gives you the ability of wagering for as small as just $0.01 on a spin. Additionally you can also include all 21 lines to place a bet to the largest of $1050. I recommend other Pokies like Zoloto Partii as it has the 5 reels and 21 lines as well, similar pokies including Around the World and Bravta are fun also. Many of Unicum pokies like this type play the same so be sure to pick out a winner.

Zoloto Partii is a lot of fun to play, the history of the Soviet Union theme is well thought out and the game play is fun. Some other online games like Robinson share in much of the identical design. All games offer a good chance of winning a large win but keep your winnings before you lose them.

While playing Zoloto Partii gives you a great path to achieve really big amounts of credits, this is achieved by scoring a bonus feature win. In our pokie reviews I like to finish on the greatest items to focus on like these awesome features. I really appreciate the Zoloto Partii Bonus Game Envelope as well as the pay outs it is capable of. By getting three or more scattered Ruble bank notes symbols this feature game will begin. If you like insane amounts of riches, the Bonus Game Satellite will not let you down! It's as simple as getting three or more scattered Sputnik symbols to launch. I have to assign Zoloto Partii 5 out of 5 stars for the bonuses. Bonus games add a ton of character to Pokies, this is obviously the most exciting piece of Zoloto Partii. 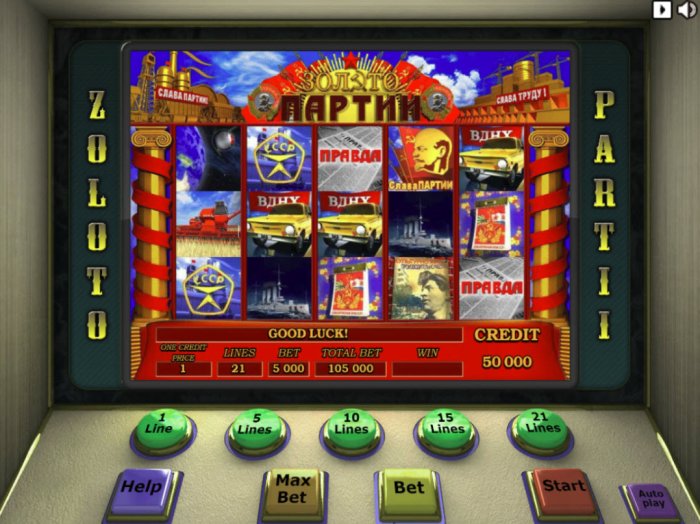 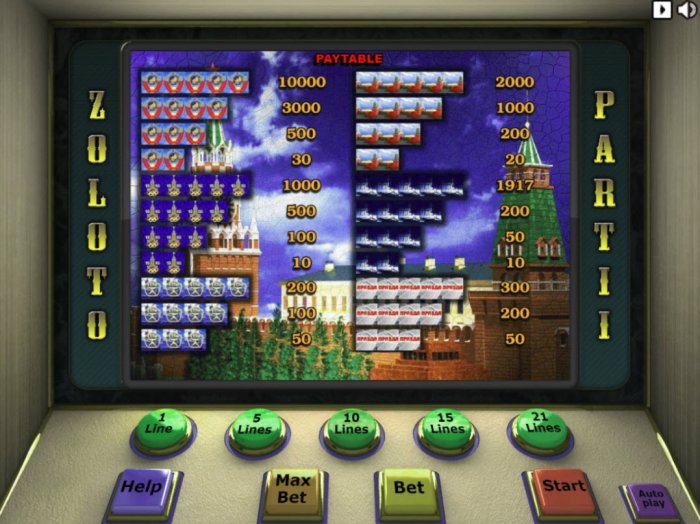 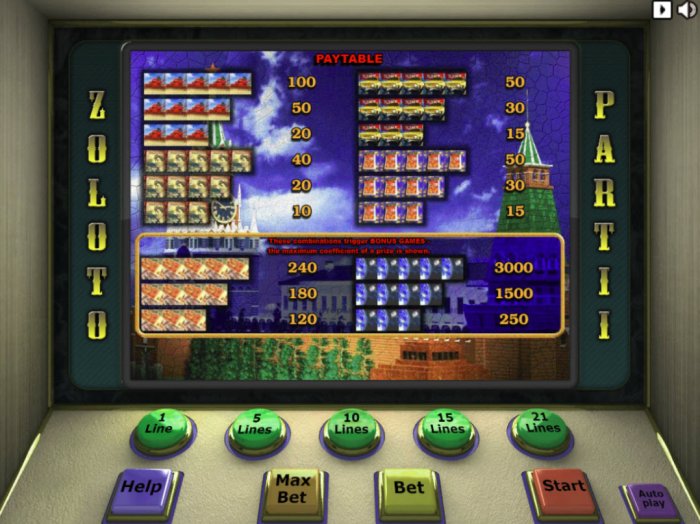 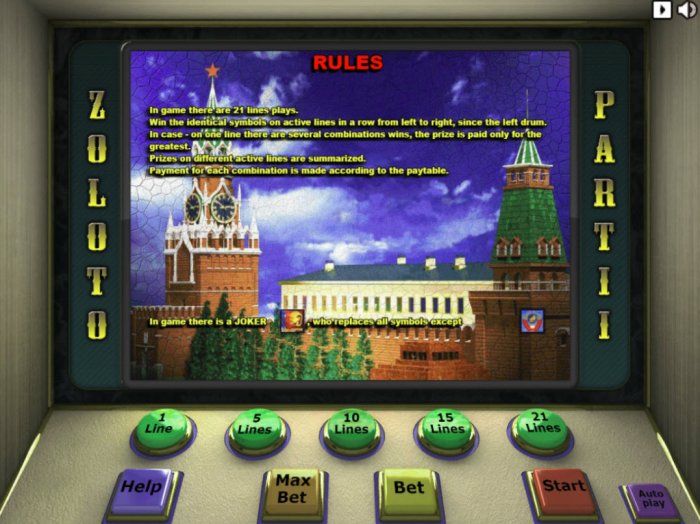 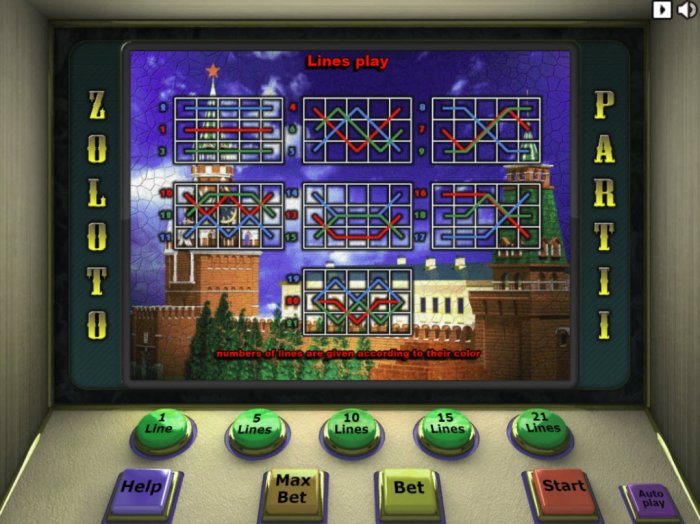 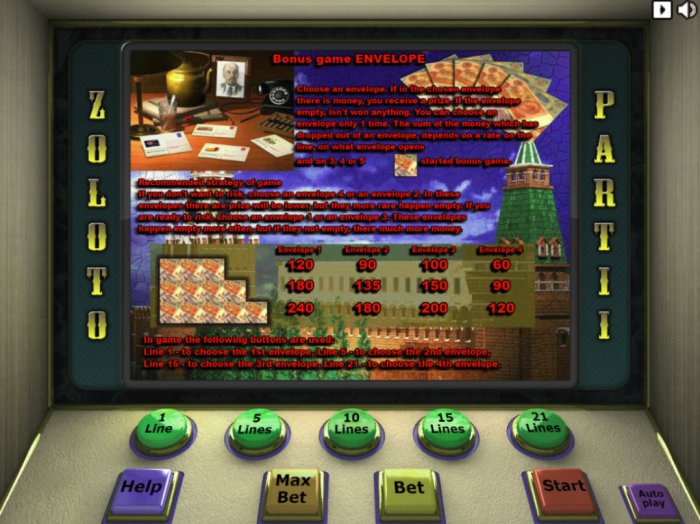 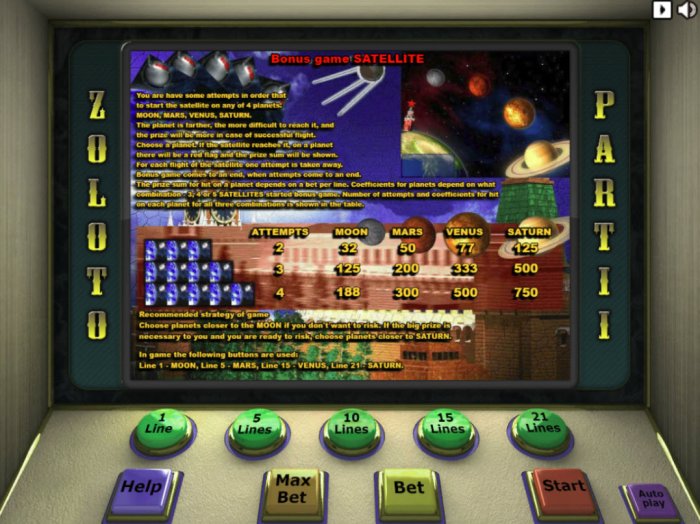 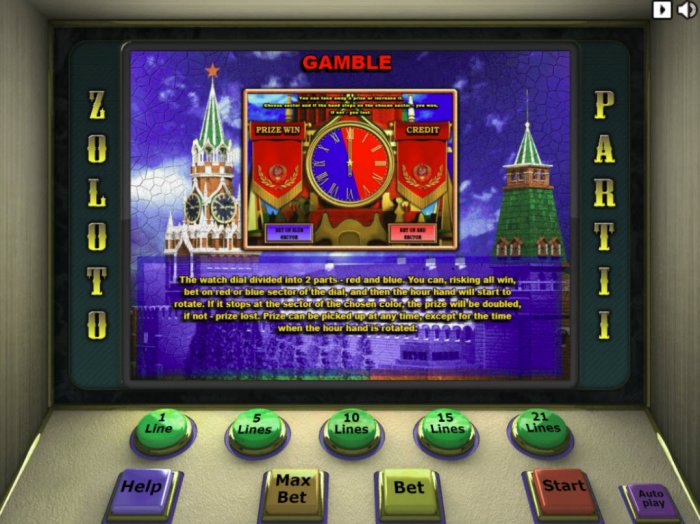 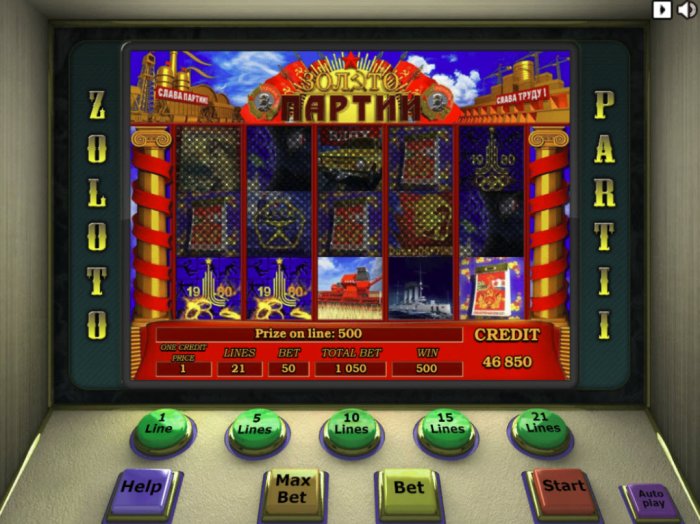 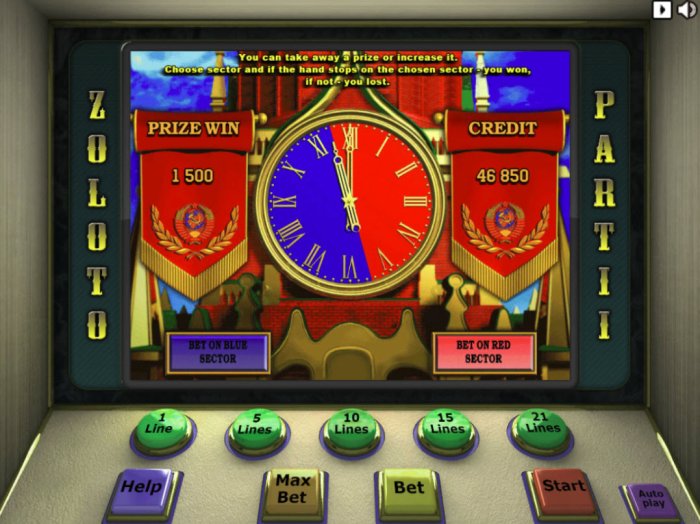